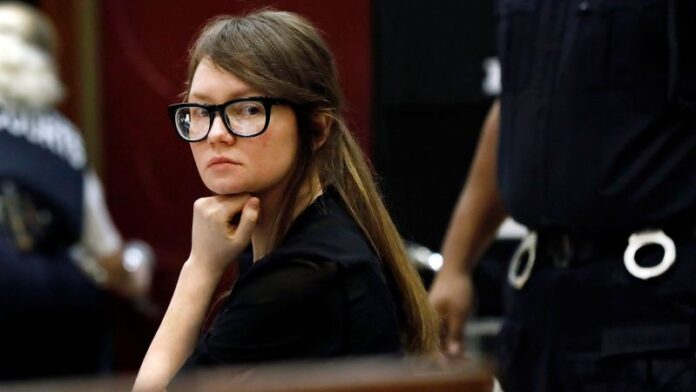 A judge has ruled that Anna Sorokin, the fake heiress Netflix’s “Inventing Anna” is based on, can be released from jail on bond while she fights deportation – if certain conditions are met.

According to court records, Immigration Judge Charles Conroy found this week that Sorokin can be released on $10,000 bond from Immigration and Customs Enforcement custody. But he also ruled that she must remain confined 24 hours a day at a residential address and refrain from accessing any social media platform either directly or through a surrogate while her case continues.

“This ruling does not mean that Anna will get a free pass. She will continue to face deportation proceedings and her release will be closely monitored by ICE and the State of New York,” attorney John Sandweg, a former acting director of ICE who’s one of Sorokin’s attorneys, said in a statement Thursday. “As the Court found, however, the evidence clearly demonstrated that any risks can be more than adequately mitigated by appropriate supervision.”

The judge’s ruling also says ICE may use an ankle monitor to keep tabs on Sorokin once she’s released.

As of Thursday afternoon, the 31-year-old Sorokin remained in ICE custody, a spokesman for the agency said.

She’s been in ICE custody for 17 months, according to her attorney – mostly at the Orange County Correctional Facility in upstate New York.

Sorokin was found guilty of stealing more than $200,000 from banks and friends while scamming her way into New York society, the Manhattan District Attorney said after her 2019 conviction.

That article became the basis of Shonda Rhimes’ “Inventing Anna,” a dramatization that released on Netflix in February and quickly became one of the streamer’s most popular shows. Actress Julia Garner, best known for her Emmy-winning role as Ruth on “Ozark,” played Sorokin.

She sued ICE over Covid boosters

The show ends with Sorokin’s conviction. But in real life, the drama has continued.

Sorokin was released from jail in February 2021 after serving nearly four years on theft and larceny charges. But it wasn’t long before she ended up back behind bars.

ICE took custody of Sorokin on March 25, 2021. In November, the Board of Immigration Appeals granted an emergency stay in her case, according to ICE. She’s been fighting her deportation – and also joined a group of plaintiffs suing the agency earlier this year, alleging they’d requested and been denied Covid booster shots while in custody. They dropped their lawsuit in March after receiving the shots, according to court records.

While she’s been detained, frequent posts have been made on Sorokin’s social media accounts. Recently they’ve featured Sorokin’s artwork, which was featured in a New York show in May.

Earlier this year an attorney representing Sorokin told NBC News that he feared her deportation when he couldn’t reach her, but word later emerged that she was still in ICE custody.

She spoke out from behind bars in a podcast interview

Soon afterward, Sorokin spoke out from behind bars, telling the “Call Her Daddy” podcast that she never claimed to be a German heiress.

“I was from Germany, which was true, but nobody ever asked me about my job,” Sorokin said. “Nobody asks who are your parents and how much money do they make. It’s just outrageous.”

She told host Alex Cooper that she never “told any senseless lies.”

But she admitted – sort of – to lying about her status and background.

Sorokin also said she was surprised by the public’s fascination with her story.

“It was just really a surprise to me that people would be, like, so interested in the way I went about the things, because it just made so much sense to me,” she said.

Harry and Meghan open up about media, race and romance in Netfix series

M2 Pro MacBook Pro: Everything you need to know about the...