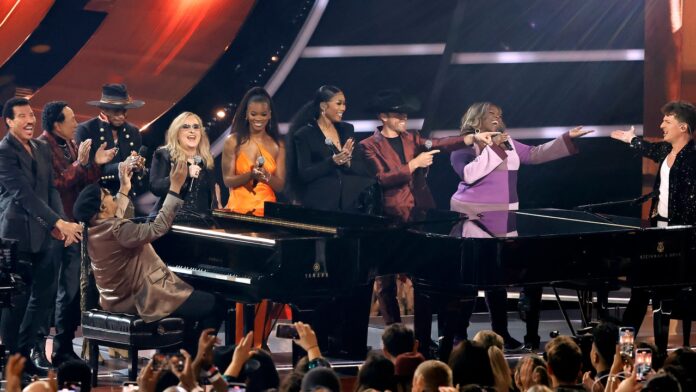 The 2022 American Music Awards took place tonight (November 20) at Los Angeles’ Microsoft Theater, where Stevie Wonder, Charlie Puth, Ari Lennox, and others took the stage to perform a medley of hits by Lionel Richie, who received this year’s AMA Icon Award. Wonder and Puth took turns playing various songs by Richie and the Commodores in the style of dueling pianos, including “Brick House,” “Easy,” “All Night Long (All Night),” and “Say You, Say Me.” The tribute ended with Lennox, Smokey Robinson, Melissa Etheridge, Yola, and others joining them onstage for “We Are the World.” Check out the performance below.

Lennox recently announced a North American tour behind her new album, Age/Sex/Location, which spans 27 cities and kicks off next January. She previously shared a video for the single “Hoodie” and performed “POF” and “Waste My Time” on The Tonight Show Starring Jimmy Fallon.