Home Sport Norris on McLaren future: ‘I have faith… but time will tell’ 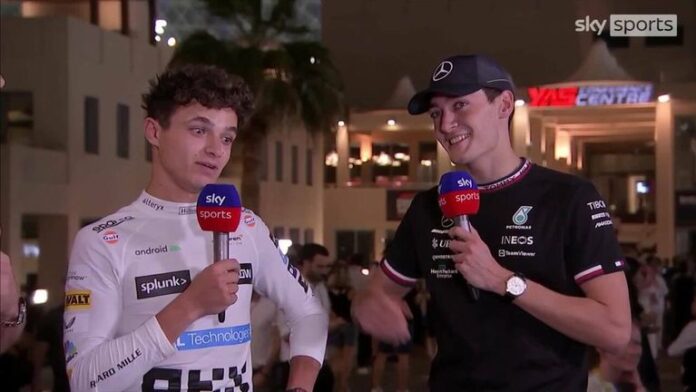 Lando Norris finished seventh in the world championship, finishing best of the rest behind the drivers of Red Bull, Ferrari and Mercedes; the 23-year-old is contracted to McLaren until 2025 but says “time will tell” regarding his future with the team

Lando Norris insists he maintains “faith” in McLaren, despite warning the team “can’t be satisfied” with their 2022 Formula 1 campaign.

The 23-year-old Brit drove superbly to finish seventh in the world championship as the best of the rest behind the drivers of Red Bull, Ferrari and Mercedes, but McLaren were beaten to fourth in the constructors’ championship by Alpine.

Norris penned a new contract with McLaren before the start of the 2022 season that ties him to the team until the end of 2025, but the quality of his performances undoubtedly make him one of the most desirable drivers on the grid.

“I’m not a guy who likes BS or likes people trying to make me happy, I like people just being honest.

“Time will tell. You can never be 100 per cent certain where you’re going to be, but you can have a good shot at it.”

The 2022 season saw the introduction of radical new design regulations, which in theory could have given McLaren a chance to close the gap to the front-runners, but issues relating to the overheating of the car’s brakes put the British team on the back foot almost immediately.

Norris highlighted his brilliance by becoming the only driver outside of the top three teams to claim a podium during the season. He also finished 85 points clear of team-mate Daniel Ricciardo, and 30 points clear of his nearest challenger for seventh, Alpine’s Esteban Ocon.

“I mean, from where we were in race one, I think we’ve done a good job – we recovered well,” Norris said.

“If I think of before this season, did we achieve in 2022 what we should have done as McLaren? Honestly, it’s no.

“From the mechanics with our pit stops, our strategy, the whole team’s work ethic – so many things are working well, it’s just we need a slightly better car, that’s all.”