Home Culture Antonio Banderas thinks Tom Holland would be a great Zorro in a... 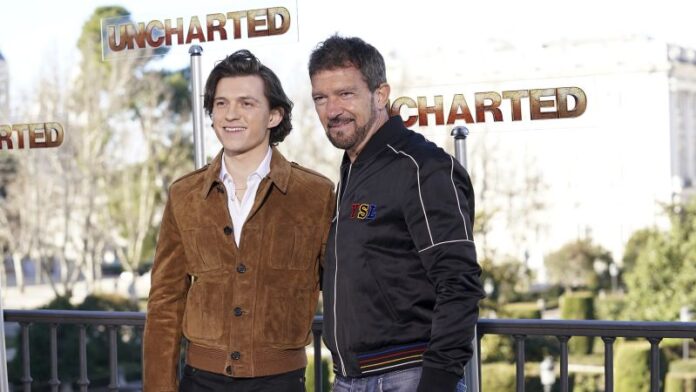 In the age of reboots, revivals and prequels, Antonio Banderas is sharing thoughts on who would make a great choice to follow in his masked footsteps as the legendary Zorro.

The actor, who played the swashbuckling hero in 1998’s “The Mask of Zorro” and sequel “The Legend of Zorro” in 2005, said his “Uncharted” costar Tom Holland would be a perfect fit for the role, in a video interview published Saturday with Comicbook.com.

“If they called me to do ‘Zorro,’ I would do what Anthony Hopkins did for me, which is to pass the torch,” Banderas said when asked about the possibility of doing a third film in the “Zorro” franchise, referring to how Hopkins passed the mantle down to him in the first movie.

“He’s so energetic and fun,” Banderas said of Holland. “He’s got this spark, too.”

The “Zorro” films, which were directed by Martin Campbell, costarred Catherine Zeta-Jones. The first film was part of a string of crossover successes in the 1990s for Banderas, which included “Desperado,” “Evita” and “Philadelphia,” after he got his start working in Spanish cinema with director Pedro Almodovar.

While the “Zorro” franchise currently has no solid projects in development, Banderas is currently doing press for another sequel, the upcoming DreamWorks animated movie “Puss in Boots: The Last Wish.”

In that film, Banderas again voices the debonair feline character he originated in the “Shrek” movies, following 2011’s feature-length “Puss in Boots.”

Grammy Awards: Five things to look out for on music’s biggest night