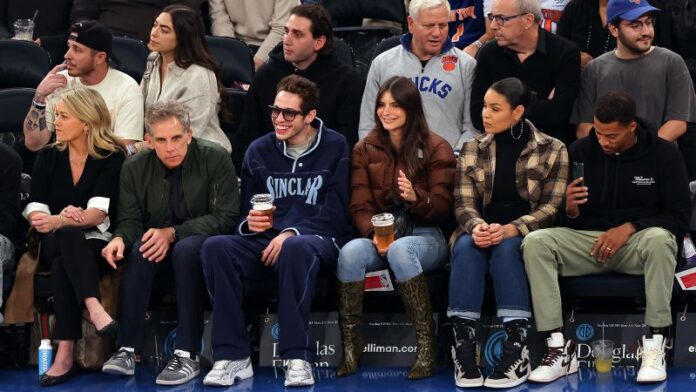 If Pete Davidson and Emily Ratajkowski are trying to tamp down speculation they are dating, they aren’t going about it in the best way.

The pair were spotted over the weekend sitting together at a New York Knicks basketball game.

Neither has confirmed they are dating, but that belief has been heightened since TMZ recently published photos of them embracing in Brooklyn.

He most recently was in a relationship with reality star/entrepreneur/social justice activist Kim Kardashian. The pair ended things in August.

Ratajkowski filed for divorce from producer Sebastian Bear-McClard in September. They are the parents of a one year old son.