Home Music Your EDM Premiere: VISION’s ‘Mission’ Series Takes on a ‘Life of Its... 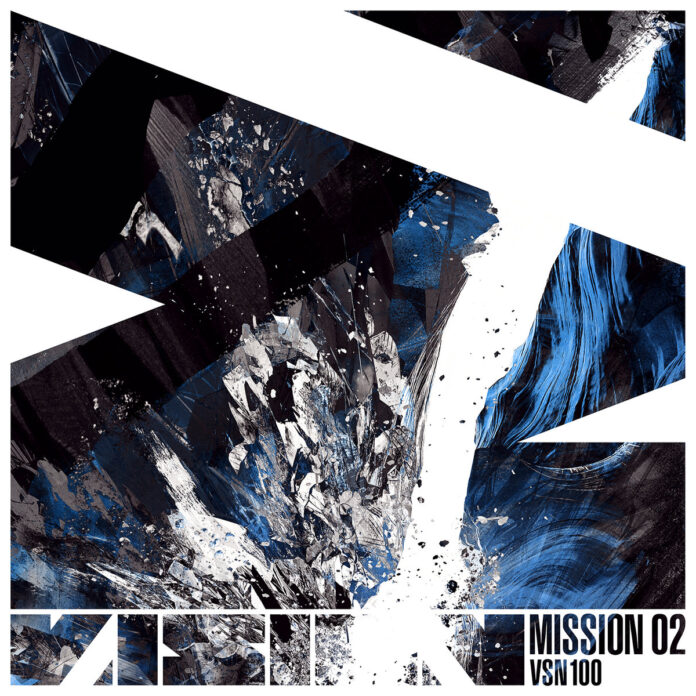 Who remembers the beacon of hope and shining artistry that was VISION’s Mission 01 compilation mega album in 2020 at the darkest point of the pandemic? Though theter were likely planning it before the lockdowns even started, with 23 of the most creative bass tracks at the time, the first installment of the Mission series lifted more than a few spirits and played in more than a few live sets (online though they may have been). Two years later, however, many may have been wondering if the Mission series would actually continue. Good news, Mission 02 is almost here and it’s even more innovative and unhinged than its predecessor.

This time featuring a whopping 28 tracks, Mission 02 picks up and expands where Mission 01 left off. Where the first installment had an experimental bent with an expeanded reportoire of genres like dubstep tracks by Posij and Former’s “Ultra,” halftime in Euph’s track “Stolen” and even some hard industrial techno from Icicle and IMANU’s “Preamble,” Mission 02 is even less D&B-forward. It also presents many more up-and-comers amongst the big names like The Outsiders, Forbidden Society, Jam Thieves and of course Current Value. The mission of Mission is experimental, so let’s get experimenting.

The album opens with a full 29-second version of the classic Noisia Radio tag, “hello, person,” modified at the end with “you are not tuned into Mission” which, to most fans, signifies things are about to get very VISION-y. That’s followed up with the first surprise of many on this album, a mix-in garage track by Holly called “Darkness Edge” which goes with the spacey theme of the intro. From there, the variation in style and genre is all over the place: snare-forward outer edge D&B by Maysev, fast techno by newcomer Handi, hip hopped halftime by Mono/Poly, barely recognizable experimental dubstep by Monuman and I/O U…we’re not even halfway through the tracklist yet. It’s a genre free-for-all, and the artists must have had a field day creating these super-out there tracks.

There’s still plenty of D&B on Mission 02, so D&B adherents need not fear: tracks from Rohan and Tom Finster, Dez, the afore-mentioned Jam Thieves and The Outsiders et al. push the limits of the 174 breakbeat but are still very much D&B. Our YEDM premiere today, Current Value’s “Life of Its Own,” however, is a standout among standouts.

With an extra-long intro and one of the longest runtimes on the album, “Life of Its Own” hearkens back to the heady 1996-7ish days of D&B tracks being ambient, intelligent and more than four minutes long. The intro and breaks are quite ambient and cinematic for Current Value, with blaring horns and loads of meditative background music, but this seems only to be to balance the track and lull the listener into a false sense of security before the madness of the main track starts.

With CV’s characteristic radio pops and minimal drumline driving the tracks, tiny reverse sine splices make up the mid line as more experimental chaos erupts around them. Loads of syncopation with the sub synth, cyclone snare sounds that are not the actual snare and an eerie ambient background make this track sound like a steampunk robot being eaten by interstellar static. All this would be shocking, except that it’s Current Value. In his case, as always, once we’ve picked the remnants of our brains up off the floor, the reaction is always “of course; it’s Current Value.”

If VISION’s mission for Mission 02 was to give fans the brain scramblies with not just CV but all the other artists, tracks and styles on this huge album, then mission accomplished. It’s a comprehensive body of work that picks up where Mission 01 and the Outer Edges album and series left off. Here’s hoping that the next installment comes sooner than this one.

Mission 02 drops on VISION this Thursday, December 1. click here to pre-order or pre-save.