Home Sport Van Gerwen: I’m the World Championship favourite | ‘I have target on... 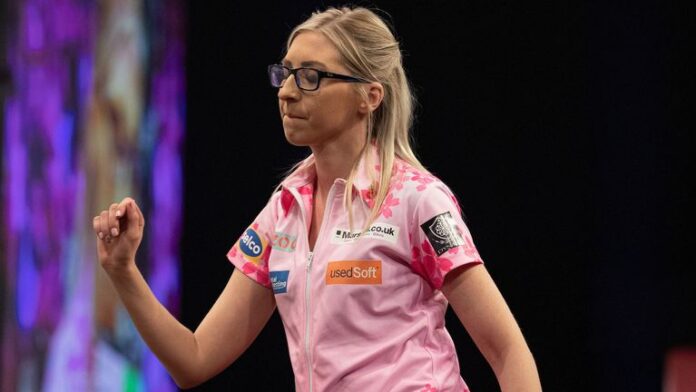 “I would go into the tournament as favourite anyway even without the tournament wins. People always want to beat me, I know that. I have a big target on my back, but I can handle it”; Watch the 2023 PDC World Darts Championship live on Sky Sports from December 15

Three-time world darts champion Michael van Gerwen says he is the favourite for the upcoming World Darts Championship, and recognises “a target on my back.”

Van Gerwen, current world No 3 and World Championship winner in 2014, 2017 and 2019, enters the tournament off the back of winning the Players Championship Finals title for the seventh time in 10 years on Sunday, beating Rob Cross.

The victory saw the Dutchman claim a fifth televised title of 2022, and a third ranking triumph on the big stage, and attentions now turn to the 2023 World Darts Championship, which starts, live on Sky Sports, on December 15.

“It’s amazing to win so many big tournaments in a year, and go with a lot of confidence towards the World Championship,” he said.

“That’s what you want. This is the time of year you want to play well. I’m looking forward to it.

“That’s who I am [emotional]. It’s a good sign because then I know it still means a lot to me. With the emotion, you can’t say I’m not an actor, I’m just being myself.

“Yeah [I’m the favourite], I would go into the tournament as favourite anyway even without the wins.

“People always want to beat me, I know that. I have a big target on my back, but I can handle it. I’ve been under pressure so many times, and most of the time, I’ve survived.

“As long as you keep working, keep digging, then everything works out.”

Asked who his main challengers would be, Van Gerwen name-checked several players, who said “no one is really standing up after me.”

The 33-year-old added that he is hungry as ever to take home the sport’s biggest prize for a fourth time, after three disrupted attempts, and thinks it will be “tough” for anyone to beat him.

“It’s a bit weird. Because of course Peter Wright, Gerwyn Price, Michael Smith, they are all phenomenal players, who are doing well. Luke Humphries is doing well recently, and then you never know with Jonny Clayton.

“But there’s not really someone standing up after me on tournaments.

“If I had to say, someone who is on form at the moment is Michael Smith.

“Last year, everyone knows, was a disaster for me. The year before as well with Coronavirus, without crowds is not the best thing.

“Of course I want to win but it’s still going to be a hard tournament, everyone knows that.

“It’s the biggest tournament of the year, and it’s the most supported one, and with the form I’m going in with, It’s going to be tough for people to beat me.

“I know that, but it’s a different tournament, different circumstances, different pressures, and I want to do well there.

“Believing in your own ability [is the key to success]. Of course you still need to have talent, but mentally, you also need to be strong.

“As long as I keep that, and everything relaxed and cool, then I know I can do some more great damage over there.

“Every World Championship is special, because they’ve all got something in their own way.

“The first one because it’s your first. The second one because you have to defend it, then the third one because I had to wait a long time, it’s always something.

“That’s why the Worlds is such a nice tournament.”