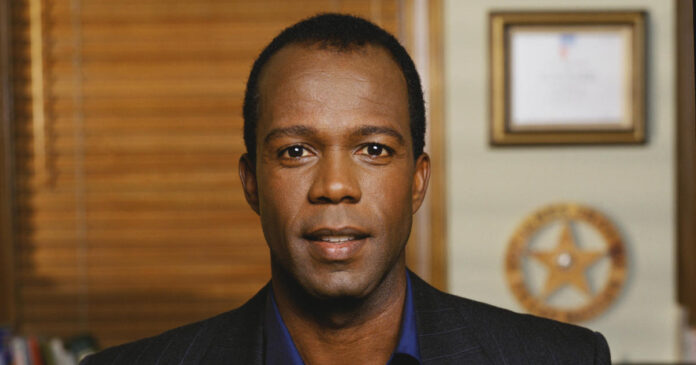 Clarence Gilyard, the fine arts professor and actor remembered for his standout roles in action films and television series in the 80s and 90s, has died, the University of Nevada, Las Vegas, announced in a statement. Gilyard, who taught film and theater courses at the university, was 66. Details surrounding his death, and what may have caused it, were not disclosed.

“It is with profound sadness that I share this news,” said Dean Nancy J. Usher, of the UNLV College of Fine Arts, in the university’s statement. “His students were deeply inspired by him, as were all who knew him. He had many extraordinary talents and was extremely well-known in the university through his dedication to teaching and his professional accomplishments.”

Usher added that Gilyard’s “generosity of spirit was boundless,” and noted his willingness to lend a hand to various projects and performances at the school whenever possible.

“We remember Clarence with joy and gratitude for all he contributed to the College of Fine Arts, the UNLV community, and, through his impressive personal achievements, to the world,” the dean said.

Before joining the university staff, Gilyard built a career in Hollywood that spanned several decades. Born on Christmas Eve in 1955 in Moses Lake, Washington, Gilyard’s family moved several times during his childhood due to his father’s position in the U.S. Air Force, and they lived at a number of army bases before settling in a San Bernardino, California, suburb during his adolescent years.

Gilyard later moved to Los Angeles to pursue acting, and during the early 80s appeared in guest spots on television series such as “Diff’rent Strokes,” “The Facts of Life” and “Riptide.” He is best known for his performances in the popular action films “Top Gun” and “Die Hard,” where he played alongside stars like Tom Cruise and Bruce Willis, respectively, as well as his leading roles in the 90s legal drama series “Matlock” and crime drama “Walker, Texas Ranger.”

He is survived by his wife, Elena Gilyard, and six children.