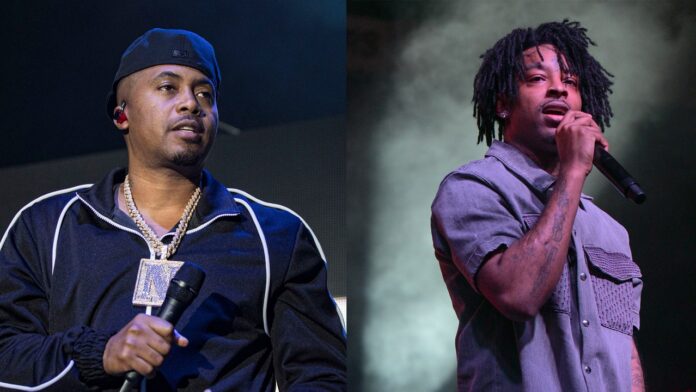 Nas and 21 Savage have shared a new song called “One Mic, One Gun.” The track arrives just two weeks after 21 Savage dismissed the Illmatic rapper as irrelevant in discussion on the Clubhouse app, reportedly saying, “He’s not relevant, he just has a loyal ass fan base…and he still make good-ass music.” He would later walk back the statement in a tweet. Check out “One Mic, One Gun” below.

Both rappers are promoting new albums released earlier this month. 21 Savage shared Her Loss, his collaborative album with Drake, on November 4; Nas dropped Kings Disease III on November 11. Before its release, Drake and 21 Savage were sued by Vogue for using mocked-up magazine covers to promote Her Loss. The album would go on to debut at No. 1 on the Billboard 200 album chart, dethroning Taylor Swift’s Midnights.