Home Music Popcaan Shares Video for New Song “Next to Me”: Watch 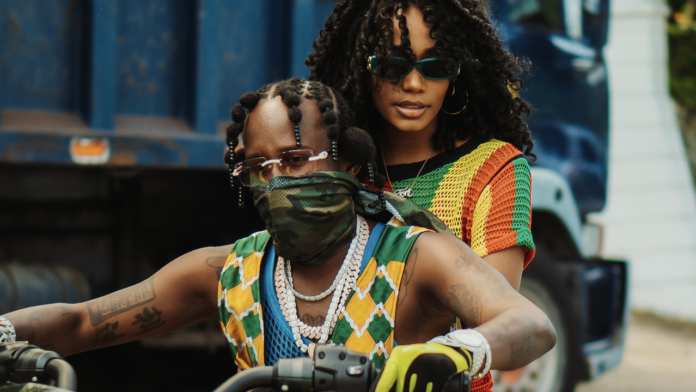 Popcaan has released a new song titled “Next to Me.” It’s a duet with Toni-Ann Singh, his girlfriend and the Miss World 2019 winner, and is produced by Anju Blaxx. “Next to Me” comes with a music video directed by Nabil. In the visual, Popcaan and Singh zoom around a scenic landscape on a motorbike. Watch it below.

Popcaan released his latest mixtape, Fixtape, back in August 2020. Since then, the Jamaican dancehall musician has shared the collaborative Link Up EP with Preme, as well as the Gyalentine’s EP in early 2021.

Earlier this year, Popcaan dropped the single “Skeleton Cartier,” which was featured in a campaign for Drake’s first official Nike x Nocta shoe release. He also collaborated with Jorja Smith and released the joint song “Sekkle & Bop” with Dre Skull and Mr Eazi.

Read about Popcaan’s Where We Come From in Pitchfork’s “The 200 Best Albums of the 2010s.”