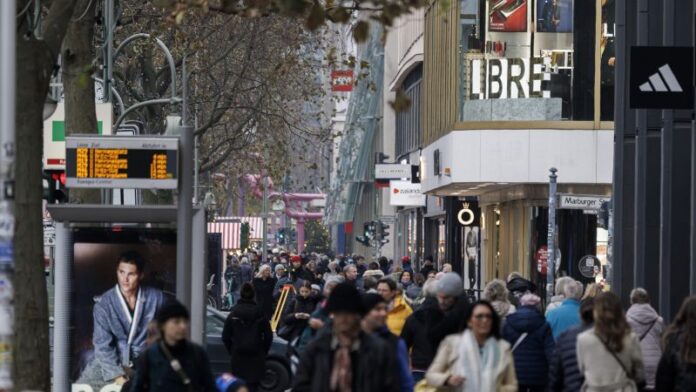 For the first time in 17 months, inflation in Europe is easing.

Consumer prices rose by 10% in the year to November, according to the first look at official data for the 19 countries that use the euro. That’s down from a record 10.6% jump the previous month, and is lower than economists had expected.

Prices are still climbing at an uncomfortably fast clip, however, driven up by the increasing cost of energy and food.

While energy price inflation fell to roughly 35% year-over-year, compared to nearly 42% in October, prices for food, alcohol and tobacco continued to rise sharply. They leaped by 13.6% in November, versus 13.1% the previous month.

And core inflation, which excludes volatile food and energy prices, held firm at 5%.

But the eurozone data supports hopes that inflation in many top economies may have peaked, allowing central banks to dial back aggressive interest rate hikes that are piling pressure on the global economy. Consumer prices in the United States rose by 7.7% in the year to October, the lowest annual reading since January.

“The fact that we’re seeing that these numbers are lower than most of us were expecting, that’s good news,” said Bert Colijn, senior eurozone economist at ING. “You’ve got to start somewhere.”

Prices for oil have dropped sharply since the summer as recession fears and coronavirus lockdowns in China changed the outlook for demand. Natural gas prices in Europe have also come down from all-time highs following a successful campaign to fill up storage facilities and because of relatively mild weather heading into the winter.

Double-digit inflation remains a huge problem for policymakers, who have indicated they will press ahead with efforts to get prices under control. Still, the November numbers could give the European Central Bank space to boost rates by half a percentage point instead of by three-quarters of a percentage point when it meets next month.