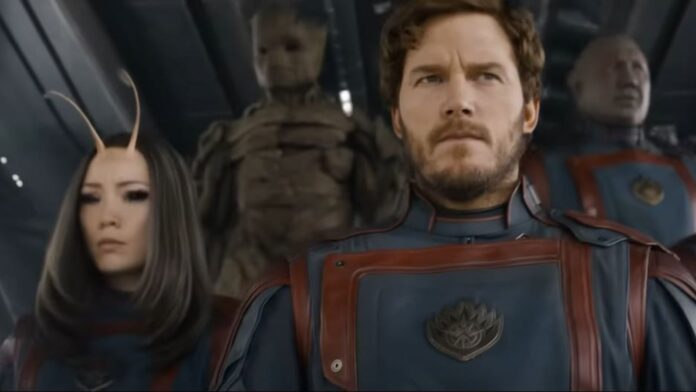 The first trailer for the final Guardians of the Galaxy film has been released – the last Marvel project from director James Gunn before he goes to run rival superhero franchise DC.

Chris Pratt is back as Star Lord, alongside Dave Bautista’s Drax and Karen Gillan’s Nebula.

The trailer also debuts Adam Warlock, played by British star Will Poulter, as the gang take on the High Revolutionary from the Marvel comics.

We also see the return of Gamora, who was killed during the events of Avengers Infinity War and Endgame, but this time it’s a different version of the character who will seemingly team back up with the guardians.

James Gunn is back in the director’s chair in his fourth Guardians of the Galaxy outing, before he heads off to run rival studio DC, after having success with DC’s Peacemaker and Suicide Squad.

Guardians of the Galaxy Vol. 3 is likely to wrap up the adventures of the team of intergalactic heroes, with Rocket the raccoon telling his team he’s “done running”.

The film will fit into the Marvel Cinematic Universe (MCU) – the group of connected films and shows which are all set in the same storyline with connecting characters and plots.

Music plays an important part in the films, with 70s and 80s hits often acting as the soundtrack to the franchise and later being release as an “awesome mix”. The track playing in the new trailer is by Spacehog called In The Meantime – a one hit wonder from the 90s.