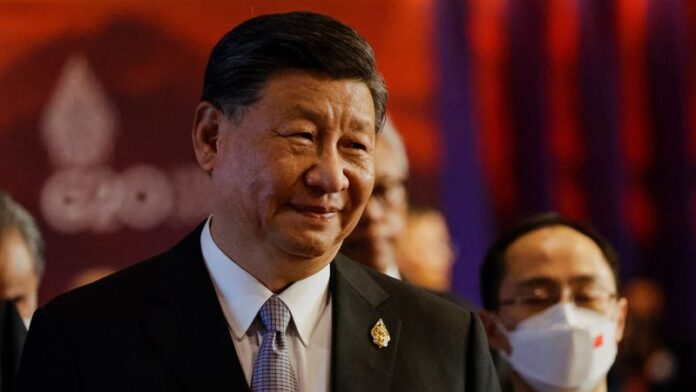 Chinese President Xi Jinping has acknowledged the frustration within China amid his government’s unrelenting zero-Covid strategy, a European Union official told CNN, in his first known remarks on the protests that have erupted across the country in recent days.

Xi told visiting European Council President Charles Michel in Beijing on Thursday that the protesters were “mainly students” who were frustrated after three years of Covid, and hinted at the potential relaxation of China’s prevention measures, an EU official told CNN Friday.

The official spoke on the condition of anonymity, citing European professional norms.

However, the official could not confirm if Xi uttered the word “protest” in Mandarin, or say what wording exactly was used by the Chinese leader to describe the recent unrest over the restrictions.

Rare demonstrations have rocked China in recent days as the country approaches the end of a third year of severe controls on civilian life.

The latest wave of demonstrations is unprecedented since the Tiananmen Square pro-democracy movement of 1989. Since Xi came to power in 2012, the Communist Party has tightened its grip on all aspects of life, launched a sweeping crackdown on dissent, and built a high-tech surveillance state.

Xi’s remarks come as some areas in China are showing indications they will loosen some Covid restrictions, including lifting lockdowns and allowing some Covid patients to quarantine at home, following widespread anti-lockdown protests across the country.

Foreign officials have noted Beijing’s shift on pandemic restrictions. US Deputy Secretary of State Wendy Sherman said Friday that the widespread protests in China “had an effect” in loosening some Covid rules.

Speaking at an event at American University, Sherman noted that the protests had died down, and said part of the reason why is because “they actually had an effect,” citing the example of China letting people quarantine at home.

“At the same time, I’m naïve, and the Chinese used their security forces to put the protests down,” she added.

“So this is not an all good news story,” Sherman said. “But protests do matter.”

Starting next Monday, public transportation operators in the Chinese capital of Beijing will no longer bar passengers if they don’t have a negative Covid-19 test result taken within the previous 48 hours, the municipal government said in a notice on Friday.

The new rule, which applies to buses and the metro, is a reversal of the city’s tightening of containment measures announced 10 days ago.

However, the country still hasn’t announced any roadmap for reopening and removing its myriad Covid restrictions nationwide.

The top official in charge of China’s Covid response told health officials Wednesday that the country faced a “new stage and mission” in pandemic control.

“With the decreasing toxicity of the Omicron variant, the increasing vaccination rate and the accumulating experience of outbreak control and prevention, China’s pandemic containment faces a new stage and mission,” Vice Premier Sun Chunlan said Wednesday, according to state news agency Xinhua.