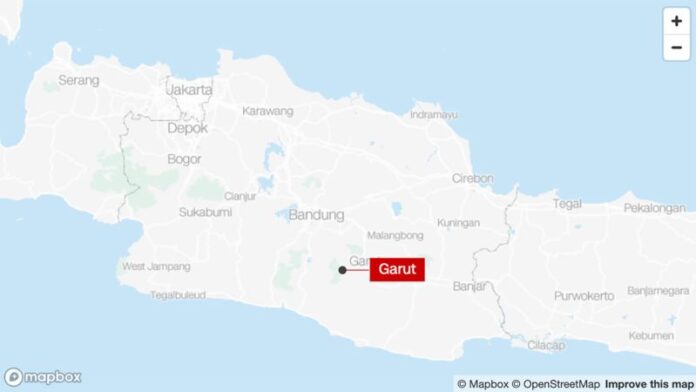 According to the BMKG, the epicenter of the earthquake was on land and there is no potential for a tsunami.

One person was injured while four houses and a school were damaged in the town of Garut, according to the country’s National Agency for Disaster Management (BNPB).

There have been no reports of aftershocks. However, the head of the BNPB, Major-General Suharyanto, has asked residents to remain calm, alert and careful, adding that a response team will be sent to assess needs.

“In response to the earthquake that happened earlier, once again, remain calm, alert but there is no need to stop your daily activities,” Suharyanto said.

“According to the BMKG, this earthquake was quite deep. Based on the experience of previous earthquakes, with a depth of more than 60 kilometers, moreover this is above 100 kilometers, it is expected that the impact… won’t be too damaging,” Suharyanto added.

It comes after a deadly magnitude-5.6 earthquake shook West Java on November 21, with a final death toll of 334. The search and rescue operation following November’s earthquake has ended, the BNPB said Saturday.

Final details on the total number of injured and people displaced are yet to be released.

Suharyanto said 56,320 houses were damaged in that quake, more than a third of them badly. Other damaged buildings included 31 schools, 124 places of worship and three health facilities.

Indonesia sits on the “Ring of Fire,” a band around the Pacific Ocean that sets off frequent earthquakes and volcanic activity. One of the most seismically active zones on the planet, it stretches from Japan and Indonesia on one side of the Pacific to California and South America on the other.