Home Sport Chadwick: US move can help me reach F1 | ‘Pushing hard’ for... 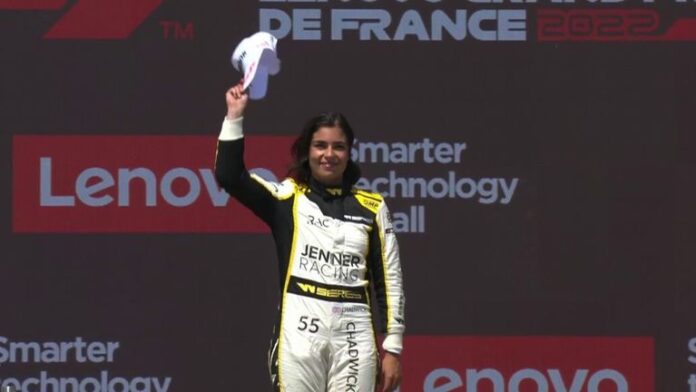 Jamie Chadwick will become the first woman in 13 years to compete full-time in Indy NXT, which is the chief support event to the IndyCar Series; Chadwick, who is a development driver for Williams, is still ultimately targeting Formula 1

W Series champion Jamie Chadwick says reaching Formula 1 remains her ultimate goal and that joining the Indy NXT series could boost her chances of making a practice appearance for Williams next season.

It was confirmed last week that Britain’s Chadwick will become the first woman in 13 years to compete full-time in the American racing series, which is the chief support event to the IndyCar Series.

The 24-year-old is joining a team with another famous motorsport name in Andretti Autosport, but insists she isn’t giving up hopes of returning to the sport’s elite global competitions.

“My goals are still really open,” Chadwick told Sky Sports. “I’d love to race in IndyCar one day but ultimately Formula 1 is a big goal of mine.

“I think there’s a lot I need to achieve before F1 is even on the cards. I think Indy NXT is potentially a really good opportunity, if I have success in it, to actually give me a chance of getting a good seat over in something like Formula 2 or Formula 3.

“I kind of see it as still being quite fluid. My career path has never been particularly traditional, so this is another route I’m looking at.”

Chadwick confirmed that she will continue her relationship with Williams, where she has been a development driver since 2019.

“I’m very lucky that Williams are very supportive of the next step that I’m taking and I think it’s important that I continue to have a good relationship with Williams, and ultimately F1 and Europe,” Chadwick said.

“I don’t see it as I’m going over to America and only focused on that now, I see it as being quite fluid and that there are opportunities and doors that are going to open if I can have success in Indy NXT.”

Chadwick’s domination of the W Series, which has seen her win all three editions of the competition since its inaugural running in 2019, has established her as the leading female driver in motorsport.

Indy NXT will provide another test of her ability, but Chadwick hopes the experience she gains in the US can propel her into an F1 Grand Prix weekend for the first time in her role with Williams.

“I’m hoping to actually evolve that role,” Chadwick said. “We’ll see, if there’s a chance to get in the car, that’s the ultimate goal.

“Ultimately my aim is to try to get in the car for a practice session. Obviously, there’s nothing confirmed yet or anything like that, but the last couple of years that’s something I’ve been pushing hard for, so hopefully it’s something we can do.”

Asked whether a 2023 F1 practice session is a realistic aim, Chadwick said: “For me, I want that to be my goal. There’s still a big step up to drive a Formula 1 car from where I was at in W Series but I’m hoping now that as a result of being involved in a championship like Indy NXT, that step is a bit closer and those opportunities can come.”