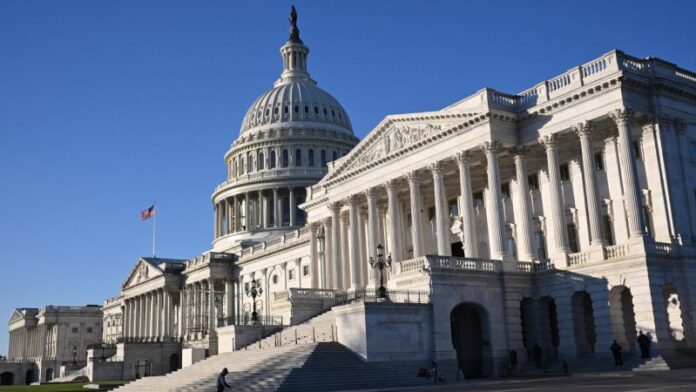 The legislative text of the National Defense Authorization bill for fiscal 2023 includes language from a bipartisan bill introduced in March that would make it harder for Russian President Vladimir Putin to use gold to prop up the ruble.

If passed, the defense bill would directly sanction any American entities that knowingly transact with or transport gold from Russia’s central bank holdings.

The restrictions, tucked inside the 4,400-page legislative text, would similarly penalize American entities that sell gold physically or electronically in Russia.

“Russia’s massive gold supply is one of the few remaining assets that Putin can tap to bankroll his country’s violent, bloody expansionism,” Sen. Angus King, an independent from Maine who co-sponsored the March bill, told CNN in an exclusive statement. “By sanctioning these reserves, we can further isolate Russia from the world’s economy and increase the difficulty of Putin’s increasingly-costly military campaign.”

In the years before invading Ukraine, Russia amassed a war chest of gold.

As of mid-2021, Russia’s central bank held $127 billion worth of gold, according to the Central Bank of Russia. The gold is stored at vaults within the territory of the Russian Federation, the Russian central bank has said.

Lawmakers are scrambling to pass the sweeping defense policy bill before a new Congress is sworn in, though specific provisions are still being negotiated.

The text in the defense bill would require Treasury to examine who is transacting in Russian gold, giving officials legislative back-up to work they have already been conducting.

“Having this national security imperative in a national defense bill is a clear and powerful way to undercut Putin’s illegal, amoral acts and make the financial pinch tighter,” King said in the statement to CNN.

The March bill was introduced by King, Republican Senators John Cornyn of Texas and Bill Hagerty of Tennessee as well as Democratic Sen. Maggie Hassan of New Hampshire.

The West has previously targeted Russian gold as part of efforts to starve Moscow of funds to finance the war in Ukraine.

In June, President Joe Biden announced the United States and the rest of the G7 would impose a ban on imports of Russian gold. After energy, gold is Russia’s most valuable export, worth $15.5 billion in 2021 alone, according to estimates from the UK government.

The West has also imposed a $60 price cap on Russia oil that aims to deprive Russia of oil revenue — without hurting worldwide supply.