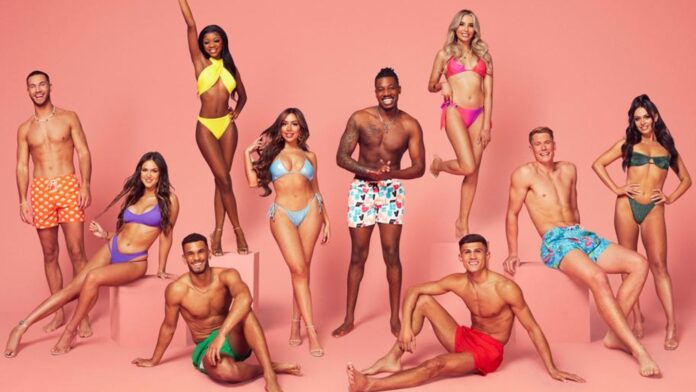 A Love Island contestant is reportedly leaving the show after video footage emerged showing him brawling in the street and knocking a man to the ground.

Haris Namani, a 21-year-old TV salesman from Doncaster, would be the second islander to leave the show should he exit the villa.

A Love Island spokesperson told Sky News: “We would never comment on dumpings or show formats to avoid ruining the show for the viewers.”

On Monday, mobile phone filmed footage showing Namani fighting in the street was published by The Sun.

In the video, Namani, who is also a boxer, can be seen trading blows with the man, hitting him once in the face, before the man stumbles and is then knocked to the ground with a second blow.

A man filming the fight can be heard saying: “Go on Haris”.

After hitting the man for the second time, Haris shouts: “I’m not a bully, I’m not a f***ing bully, on my mum’s life.”

First shared on Snapchat, it’s understood to have been filmed on a night out in Haris’s hometown of Doncaster, South Yorkshire, last year.

Speaking before entering the show, Namani described himself as never having been in love, and said his mum says he looks like Portuguese footballer Cristiano Ronaldo.

Last week on the show, Namani was involved in a row with fellow contestant Shaq Muhammad, an airport security officer, with the pair shouting at each other until others intervened to calm things down.

Ahead of this year’s show, ITV announced new welfare measures in a bid to support contributors before, during and after filming.

Changes came after previous islanders Mike Thalassitis, 26, and Sophie Gradon, 32, took their own lives after appearing on the show.

Fresh duty of care protocols include enhanced behaviour training and extended measures to protect the islanders from the adverse effects of social media and handling potential negativity.

A minimum of eight therapy sessions are offered to each islander when they return home.

For the first time this year, contestants have all had to pause their social media accounts during their time in the villa.