Home Culture Kristen Stewart opens up about her sexuality 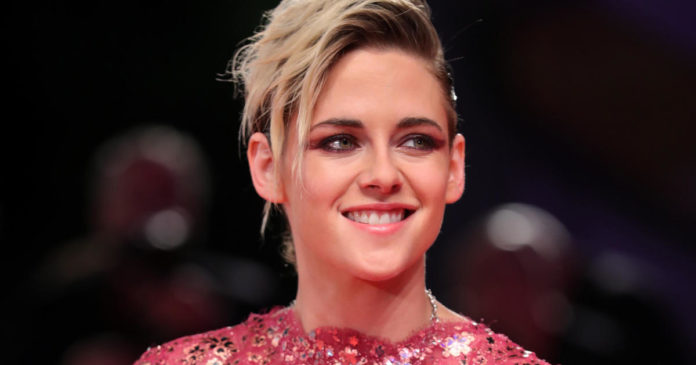 Kristen Stewart is opening up about her sexuality in a new interview with Harper’s Bazaar — and revealed she has actually been warned her sexuality could damage her career.

“I have fully been told, ‘If you just like do yourself a favour, and don’t go out holding your girlfriend’s hand in public, you might get a Marvel movie,'” Stewart told the magazine. “I don’t want to work with people like that.”

The actress said she no longer cares if talking about the subject impacts her career, and credits the confidence that has come with age.

“I used to sit in interviews and go, ‘God, I wonder what they’re going to ask me,’ but now — literally — you can ask me anything!” Journalist Sophie Elmhirst, who wrote the profile on Stewart, took the star’s word for it and asked about her sexuality.

Stewart said she doesn’t identify as bisexual or a lesbian because she doesn’t like labels. She told Elmhirst she’s a different person every day — and she wakes up and delighted by that.

It wasn’t always so easy to be open about her sexuality, Stewart explained. “I was informed by an old school mentality, which is — you want to preserve your career and your success and your productivity, and there are people in the world who don’t like you, and they don’t like that you date girls, and they don’t like that you don’t identify as a quote unquote ‘lesbian,’ but you also don’t identify as a quote unquote ‘heterosexual.’ And people like to know stuff, so what the f*** are you?'”

Stewart said she no longer feels required to answer that question — and also no longer feels pressure to keep her sexuality a secret. The 29-year-old told Harper’s Bazaar she’d be happy if she can make conversations about sexuality easier.

While at one point Stewart was warned that public displays of affection could prevent her from getting movie roles, now people want to make movies about her and her “undefined sexuality,” Elmhirst writes.

“Literally, life is a huge popularity contest,” Stewart said. The actress knows about popularity — as a teen, she was cast in the starring role of the “Twilight” series, based on the hugely popular young adult book series. She starred in five “Twilight” films in five years, which grossed over $1.3 billion, according to Box Office Mojo.

Since then, Stewart has starred in several blockbuster movies, and next up is a “Charlie’s Angel” remake alongside Naomi Scott and Ella Balinska. Elizabeth Banks will also star in the movie as one of multiple “Bosley” characters — a role traditionally played by men.

So, although Stewart has yet to be cast in a Marvel movie, she’s found a new hero franchise of her own — inspiring others by being herself.