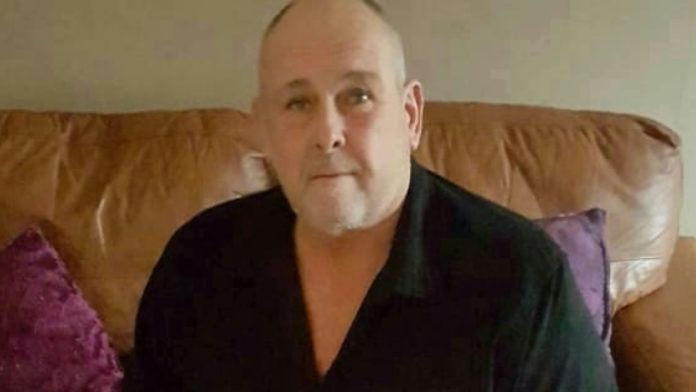 A man who became known as the “most-hated guest” on The Jeremy Kyle Show has told MPs that he swallowed 30 codeine tablets in an attempt to take his own life last year.

Appearing before the digital, culture, media and sport committee, which is investigating reality TV shows, Dwayne Davison said the programme had ruined his life.

The Jeremy Kyle Show was axed by ITV in May following the suspected suicide of a participant.

Steve Dymond, 63, died about a week after reportedly failing a lie detector test on the daytime programme.

Mr Davison told the committee: “I just think – and I still feel now – I wish I could die… because I can’t control this Jeremy Kyle thing.

“In 2018, I took 30 codeine tablets, swallowed them all, I don’t remember what happened but I was given an injection.

“It’s ruined my life, I still feel like I’ve got this weight around my shoulders. It’s taken away my voice completely.”

Mr Davison told the committee how in 2014, aged 21, he had a call from the show three days after he had texted in following an argument with his girlfriend.

“I said to the person on the phone: ‘The argument is over now, I don’t want to go on the show’ – and he was acting like my best mate, saying: ‘We’ll go out for a drink.’

Mr Davison told the committee how he was separated from his partner during the recording and held in a locked room for 10 hours before the show’s host lied to the audience as he was brought on stage.

“Jeremy Kyle said to everyone ‘he’s called the wardrobe lady fat and said that he could have any lady in the building’.

“I’d thought I’d just get my lie detector and disappear, no one had ever been labelled ‘the most-hated man’ on the show before.”

Mr Davison said his life changed “drastically” afterwards, adding: “I’ve lost jobs because of this, the managers find out, there will always be another reason I’m sacked, but as soon as they find out then I’m gone.”

He also told MPs how he receives abusive messages through Facebook, threatening to “kill me, rape my girlfriend, counting down saying that [vigilante groups] are 30 minutes away, 20 minutes away”.

Mr Davison told the committee that claims made to MPs by programme makers – that participants could contact the show to stop their episodes from being broadcast in future – weren’t accurate.

He said: “I’ve asked them multiple times, cried, they weren’t interested one bit.

“I was crying on the phone saying: ‘I’ve lost jobs, my family hate me because of how you’ve edited it, can you at least take it down from YouTube?’

“They told me to get a lawyer.”

While trying to get his episode taken down from YouTube, Mr Davison was persuaded to appear on the show for a second time to “redeem” himself.

After vowing to himself to stay calm, he said: “I came onto the stage and it was like a war zone. [Kyle] was calling my girlfriend ‘it’ and he was swearing at me in front of 200 people, calling me a d***head, but they completely edited that out and only showed my reaction. How unfair is that?”

Earlier, the committee questioned former Love Island contestants Marcel Somerville and Yewande Biala – and asked if they felt they were fairly portrayed on the reality show.

Somerville, who appeared in the 2017 series, said that although constant references to him having been in the boy band Blazin’ Squad had “kind of got on my nerves”, he felt how he was shown was fair.

However, he told MPs that he was unsure whether the same was true for fellow contestant Johnny Mitchell.

“It’s going to affect you, the storyline you get, whether they edit you as a hero or a villain… I was a hero so I couldn’t really complain,” Mr Somerville said.

While Ms Biala, who appeared on this year’s series, said she was given extensive social media training and psychological support, Mr Somerville said he was not given any help with social media at all.

He explained: “I came off the show and I was like ‘wow, this is crazy’ – but a lot of people don’t like you, there are a lot of trolls.

“I didn’t get told how to tweet… there were people with no followers sending racist stuff, I eventually went through the settings to work out how to block certain words but I did that off my own back.”

Love Island has come under scrutiny over the aftercare it offers following the deaths of former contestants Sophie Gradon and Mike Thalassitis.