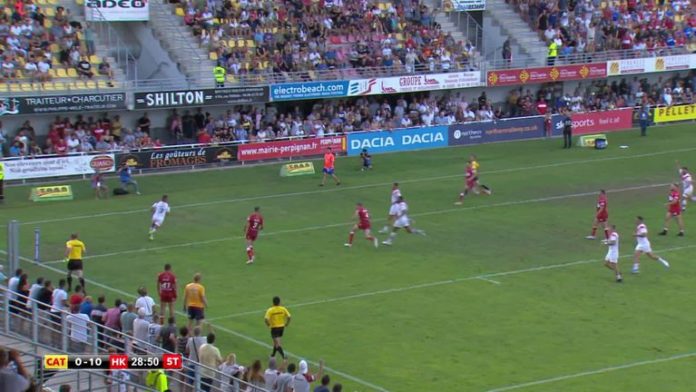 Hull KR have announced that ever-present Australian Josh Drinkwater will leave the club at the end of the season, along with fellow half-back Chris Atkin and forward James Greenwood.

The departures of Atkin and Greenwood was anticipated and the former has already secured a contract with Salford for 2020.

But Drinkwater’s exit was unexpected, especially with his half-back partner Danny McGuire retiring.

Drinkwater has started every game for Rovers since joining them from Catalans Dragons on a one-year deal at the start of the season.

Atkin has had a bit-part role for much of the campaign, while Greenwood has been sidelined since March with a serious knee injury.

📝 Hull Kingston Rovers can confirm the departures of @josh_drinkwater, @CAtkin_93 and James Greenwood at the end of the 2019 season.

🤝 We wish all three the very best of luck for the future, and thank them for their time at the Robins.

Hull KR head coach Tony Smith, who signed a new three-year contract at the weekend, said: “I’ve enjoyed my time with all three of those young men in terms of working alongside them.

“Unfortunately, I haven’t had a chance to coach James but he’s been a pleasure around the place and a professional in terms of how he’s been rehabbing.

“Chris and Josh have been tremendous and I wish them well in their future careers.”

Drinkwater and Atkin are set to play their final game for the Robins at Craven Park against London Broncos on Friday night when the Yorkshire club have a chance to secure their Super League survival – live on Sky Sports.

Meanwhile, Atkin will link up with his old Swinton boss Ian Watson when he joins the Red Devils at the end of the season.

“I’m really excited,” he said. “Watto was the one who brought me in at Swinton and gave me my professional debut.

“Since then, I’ve always wanted to work with him again and this opportunity has come up and I’m really looking forward to it and feeling determined to get back to it.

“He’s a really great coach and he’s proved that again this year.”

Bernal and Thomas to lead Ineos at Tour