Home Sport Bencic through to last four in New York 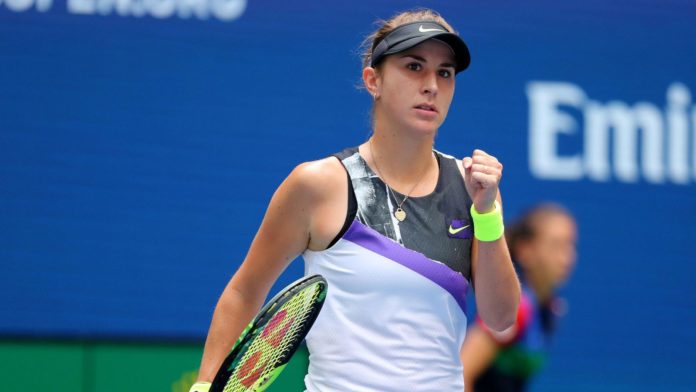 Belinda Bencic continued her fabulous form to reach the US Open semi-finals after seeing off Donna Vekic in straight sets on Wednesday.

Bencic had already knocked out world No 1 and defending champion Naomi Osaka in the last round, and she made it through to her maiden Grand Slam semi-final with a 7-6 (7-5) 6-3 victory over the Croatian.

She fired eight aces and won 84 per cent of points on her first serve to wrap up the contest against her close friend
and frequent hitting partner in an hour and 40 minutes.

“I think we are professional enough to be friends off the court but do our work on the court and stay focused. I’m sure off the court we are still friends,” said Bencic.

“I really like the challenge. Some players are maybe afraid of the big courts but for me it is more motivation. I am really enjoying my tennis.”

The 13th seed, who has yet to drop a set in the tournament, will take on the winner of the match between Canada’s Bianca Andreescu and Elise Mertens of Belgium for a place in Saturday’s final.

Bencic also becomes the first Swiss woman to get this far at Flushing Meadows since her mentor Martina Hingis in 2001.

Vekic broke for 5-4 and served for the opening set but was unable to close it out.

She saved a set point at 5-6 and two more in the tie-break, but a long forehand gave Bencic the upper hand.

Bencic, a former Eastbourne winner, had a huge slice of luck serving at 30-30 at the start of the second set when a backhand was flying wide but clipped the net cord twice before landing in.

Vekic saved two break points at 2-2 but Bencic cranked up the pressure and broke her next service game to love before reeling off the final three games and converting her third match point.

We will have the US Open covered via our website skysports.com/tennis. On the move? Head to our app for mobile devices and iPad, or follow our Twitter account @SkySportsTennis to join in the conversation.