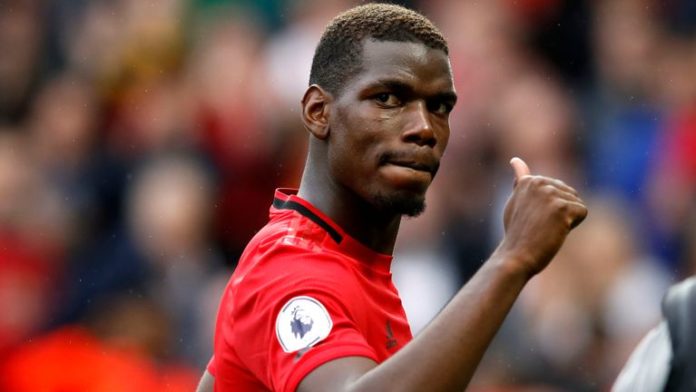 The France World Cup winning midfielder finished last season as top goalscorer for United with 13 goals, while also topping the standings for most assists with nine.

Former United defender Irwin insists Pogba has a fearless attitude which is crucial for Ole Gunnar’s Solskjaer’s side to improve on their sixth place finish last season.

“There’s not too many players of Paul’s quality,” Irwin said. “He’s got plenty of players in front of him who have got great pace and I think he’s got the understanding of being able to pick a great pass.

“We need consistency out of him sometimes but going forward now and particularly where we’ve started dominating games he’s going to be a big, big player for us.

“I think every team needs a risk taker but I look at him and think he’s the one that can unlock doors.

“We’ve created enough chances to win games so he’s going to be vitally important for us.”

United have picked up four points from their opening five games, leaving them in eighth place heading into the international break.

They were forced to settle for a draw away at Southampton on Saturday, leaving them without a win since their opening day thrashing over Chelsea.

However, Irwin is confident his former side are heading in the right direction and says that fans must accept the process will take time.

“I understand that we’ve only picked two points up from three games but it feels like we should have a lot more,” Irwin added.

“We might have to accept a little bit of patience and we might not challenge the top two this year but certainly we need to be up there and better than last year.

‘Wan Bissaka has surprised me’

United will be sweating on the fitness of summer signing Aaron Wan Bissaka, who was forced to withdraw from England’s squad on Tuesday with a back injury.

The 21-year-old has impressed since his £50m move from Crystal Palace, and Irwin believes Wan Bissaka and fellow summer addition Harry Maguire will bolster a United defence which conceded 54 goals last season.

“That’s a huge surprise for someone that’s been a winger for years. He’s got a lot to learn obviously but he’s been a huge plus this year.

“We need to start keeping clean sheets again but I think we’ve started making steps in the right direction in helping in our defensive work, I really do.”