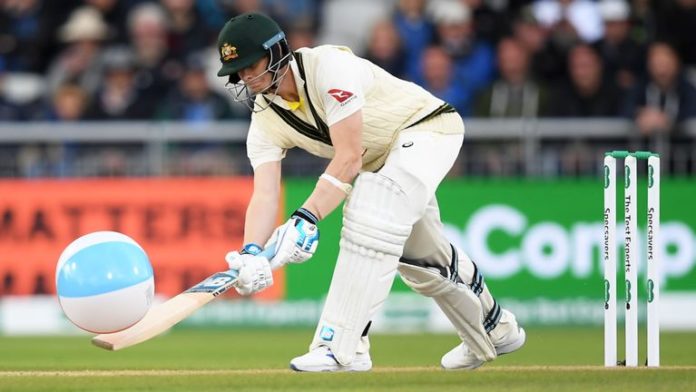 It was a freezing cold and frustrating first day of the fourth Ashes Test at Old Trafford, one which saw Steve Smith frustrate the hosts once more.

Smith struck (60no) an eighth half-century in a row against England as the tourists closed a rain-affected day on 170-3. Smith and Marnus Labuschagne (67no) shared in a century stand for the third wicket, and the pair now average a staggering 102.57 combined for the series, with the rest of Australia’s XI operating at a lowly 18.51.

On the latest Ashes Debate which you can listen to either above or by downloading here, former England assistant coach Paul Farbace joins Bob Willis and host Charles Colvile to discuss the continual “thorn in England’s side” Smith, the “disappointing” Jofra Archer and the “superb” Stuart Broad.

– The horrendous playing conditions on day one and how difficult does that make it for bowlers?

– The “damp squib” second act to the Archer vs Smith battle – why didn’t Joe Root bowl him more?

– What is the reason behind Archer’s drop off in pace over the series?

– Craig Overton’s selection over Sam Curran and Chris Woakes for the Test and was it the right call?

– Stuart Broad’s continued success against David Warner, picking him up five times in the series.

Watch day two of the fourth Ashes Test between England and Australia, at Old Trafford, live on Sky Sports The Ashes from 10am on Thursday.

You can also follow over-by-over commentary and in-play clips on our rolling blog on skysports.com and the Sky Sports app.