Home Culture Kevin Hart 911 call: ‘He’s not coherent at all’ 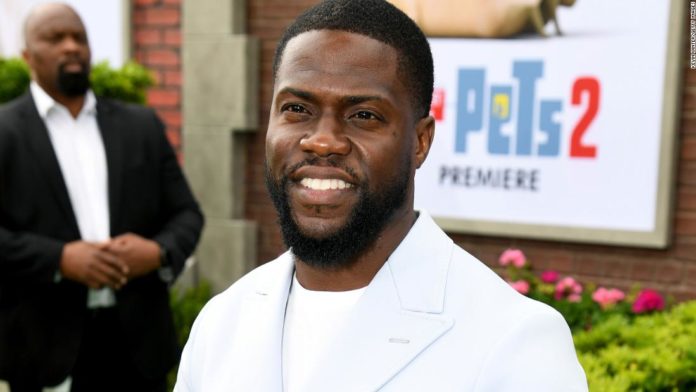 In audio obtained by NBC’s “Today,” a woman who reportedly identified herself as Hart’s wife, Eniko Parrish, calls from their home seeking help for the actor in the moments after the crash.
“I don’t know what happened,” the caller says. “He’s just here. He’s not coherent at all.”
She also says the accident happened 20 minutes before outside of their gated community and that Hart “can’t move.”
CNN has not authenticated the audio which was provided to “Today.”
Hart was one of three people involved in a crash in Calabasas, California, early Sunday, according to a California Highway Patrol incident report obtained by CNN.
Hart and the driver, Jared Black, sustained back injuries and were transported to nearby hospitals for treatment. The third occupant did not suffer any substantial injuries, the report states.
The three were traveling in a 1970 Plymouth Barracuda owned by Hart when Black lost control of the vehicle, according to the report, causing it to go off the road and roll down an embankment.
Authorities said Black was determined not to be under the influence at the time of the crash. CNN has reached out to representatives for Hart for comment.
Parrish told TMZ in a video interview on Monday that her husband was “going to be just fine.”