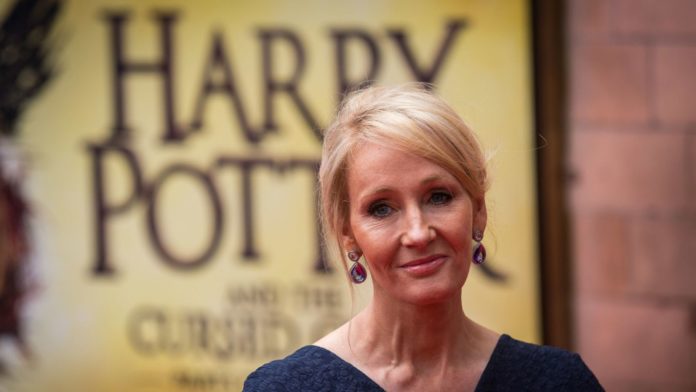 A cryptic tweet by JK Rowling sparked speculation overnight that another Harry Potter film might be in the works.

Returning to Twitter after a six-month break, the author shared a message about Harry Potter And The Cursed Child – the West End play that followed her hugely popular novels.

As fans excitedly wondered whether the two-part play was being adapted for the big screen, their hopes were quickly dashed.

Pottermore, the official Harry Potter fan site, tweeted: “There is something exciting coming later on from @CursedChildNYC, but it’s not a movie…”

Rowling’s tweet was in fact referring to a new worldwide campaign which launched in the heart of Times Square last night.

As a special thank you to fans, and as a nod to the famous platform nine and three-quarters at King’s Cross Station, Harry Potter and the Cursed Child announced that 934 lucky people around the world will get the chance to watch the show as complimentary guests.

Harry Potter And The Cursed Child premiered in London’s West End in July 2016 and proved to be a huge success.

At the Olivier Awards in 2017 it won a record-breaking nine awards and enjoyed similar success when it moved to Broadway in April 2018.

The play’s story begins 19 years after the events the final book – and features Harry Potter as a senior figure at the Ministry of Magic while his son Albus Severus Potter prepares to start at Hogwarts.