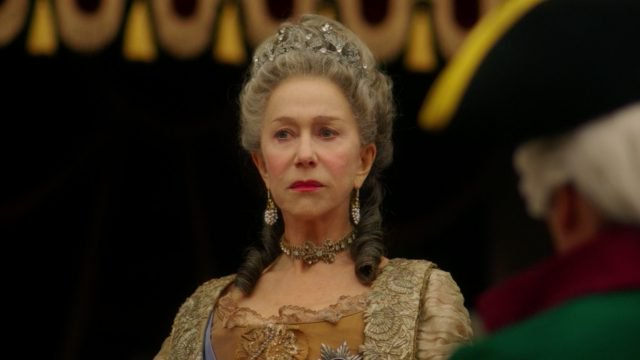 HBO has released a new trailer for their upcoming miniseries Catherine the Great, highlighting the obstacles that will get in the way of the titular monarch’s power to the Russian throne. Starring Academy Award-winning actress Helen Mirren, you can check out the video in the player below!

Catherine the Great is a four-part drama that delves into the politically-tumultuous and sexually-charged court of the most powerful female monarch in history. Catherine wielded supreme power throughout Russia for nearly half of the 18th century – strong-minded, independent, brilliantly-intelligent and sexually-liberated, she was the definition of the modern woman.

The limited series will follow Catherine towards the end of her reign and her passionate affair with Grigory Potemkin. Amid scandal, intrigue and immense conflict, this is a story of obsessive love. Unable to publicly marry and famously promiscuous, they develop a unique and devoted relationship, overcoming their adversaries and together shaping Russia as we know it today.

Written by Nigel Williams (Elizabeth I, Wodehouse in Exile) and directed by BAFTA and Emmy Award-winning Philip Martin (The Crown, Mo, Prime Suspect), Catherine the Great will be executive produced by David M. Thompson (Woman in Gold, Death Comes to Pemberley) for Origin Pictures and Charlie Pattinson (Elizabeth I, The Missing, Skins) for New Pictures, Helen Mirren and Philip Martin. Jules Hussey (Hooten and the Lady) is producing.

Coronavirus pandemic: It’s not a question of if, but when