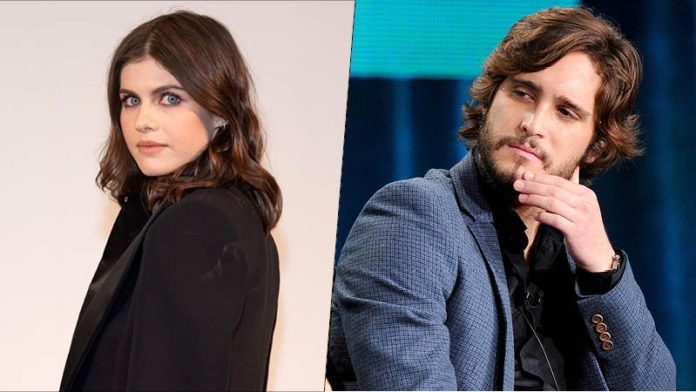 Die in a Gunfight tells the story of two star-crossed lovers – Ben (Boneta) and Mary (Daddario). The two share an eagerness to break from the confines of their lives that fuels their passion for each other and leads to an all-out struggle for their love against a backdrop of corporate espionage, revenge, and a long-standing feud between their families. Full of invigorating, raw emotion and colorful, larger-than-life characters, Die in a Gunfight shows that true love conquers all… but if it can’t, it’ll at least ensure you go out swinging, in spectacular fashion.

The film was originally set to star The Hunger Games veteran Josh Hutcherson and The Maze Runner alum Kaya Scodelairo, but given the seemingly endless gestation of the project and scheduling conflicts, the two eventually had to depart. Daddario and Boneta join the previously cast Olivia Munn (The Predator).

Andrew Barrer and Gabriel Ferrari (writers of Marvel’s upcoming Ant-Man and The Wasp) wrote the Die in a Gunfight screenplay. Teaming to produce the movie are Tom Butterfield (Welcome to Me, An Actor Prepares), Academy Award nominee Mark Gordon (The Nutcracker and the Four Realms, Murder on the Orient Express) through his production company, The Mark Gordon Company, and Allyson Seeger (The Hollars, Jack Ryan) of Sunday Night. Sara Smith of Mark Gordon Company will be an executive producer.

“This is the time for a film like Die in a Gunfight,” Culmination’s Butterfield in a statement. “It is a classic love story wrapped in an electric, modern action/thriller setting. With this terrific creative group, we are excited to make the True Romance of this generation.”

Principal photography will begin next month.