Home Lifestyle One Very Brave Florida Boy Made His Own Tennessee Vols Shirt. Then... 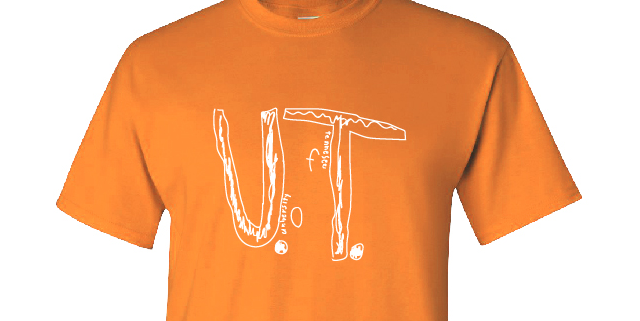 In the world of college football apparel, Tennessee orange is a particularly difficult color to be wearing these days. After this week’s loss to BYU, the University of Tennessee is 0-2 for the first time in 31 years. But the truest fans are the ones who persist in the darkest hours—and one Florida elementary school student is on his way to being the team’s biggest success story of the season.

Last week, Altamonte Elementary School in Altamonte Springs, Florida had a collegiate T-shirt day, and one brave little boy wanted to represent his favorite team—the Tennessee Volunteers. With no Tennessee shirt on hand (not too surprising in the Gator state), he crafted his own: an orange shirt with a hand drawn Tennessee logo. His teacher, Laura Snyder, chronicled the day in a Facebook post, noting that the proud shirt he constructed had its hand-drawn logo torn off by the end of lunch after he was made fun of for the design.

After the teacher posted the story to Facebook, an outpouring of support from Tennessee fans sent the boy’s design all the way to the University of Tennessee’s interim president. The next day, the university sent a care package to the student, including a jersey and an assortment of gifts for his classmates. Most badass of all? That hand-drawn design has also been turned into the University’s newest logo shirt.

The design was reportedly so popular that the University of Tennessee’s VolShop website crashed. The unnamed student got that Tennessee gear that he needed, and for once, there was a semblance of unity in the SEC.

In reality, it’s probably a pretty good lesson to learn: keep your head up against the odds and you just might design your favorite team’s next T-shirt. From one Tennessee fan to another, a little hardship is part of the process.

Amarey A980 robot vacuum review: Pet hair is no match for this super sucker

How to clone a macOS Catalina drive

Trump impeachment lawyer: Law distinguishes between a ‘sin and crime’

‘Highly dangerous’ men on run after ‘inside job’ jailbreak