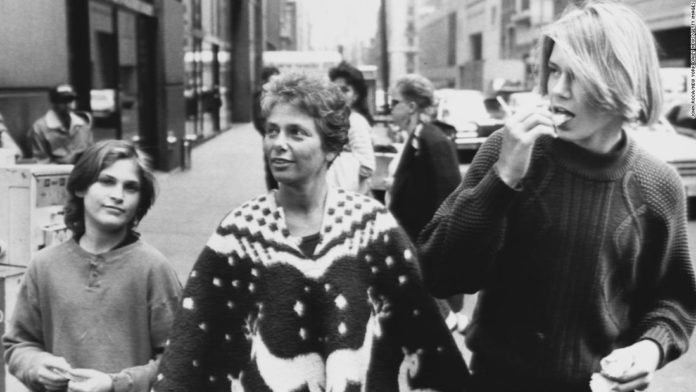 But the actor is in the spotlight at the moment with all the buzz surrounding his forthcoming Batman spin-off film, “Joker,” and has used the attention to pay homage to his legendary sibling.
Phoenix thanked his late brother during an emotional acceptance speech Monday at the Toronto International Film Festival after he was awarded the TIFF Tribute Actor Award.
“When I was 15 or 16, my brother River came home from work and he had a VHS copy of a movie called ‘Raging Bull,’ and he sat me down and made me watch it,” Phoenix said. “And the next day he woke me up, and he made me watch it again. And he said, ‘You’re going to start acting again, this is what you’re going to do.'”
The actor went on to say, “He didn’t ask me, he told me. And I am indebted to him for that because acting has given me such an incredible life.”
River Phoenix, a celebrated actor who starred in such critically acclaimed films as “Stand By Me” and “My Own Private Idaho,” died in 1993 at the age of 23 after overdosing outside of the Viper Room nightclub in Hollywood.
The Phoenix brothers aren’t the only ones who have found success in Hollywood, as their sisters Rain, Liberty and Summer are also actors.
Joaquin Phoenix also had words of gratitude for them Monday in his speech.
“When I was watching those clips, I thought about my family,” he said. “My sisters, Rain and Liberty and Summer, who are still my best friends.”

Country singers are mourning the death of Joe Diffie

Screen romances for the social-distancing age

Locke & Key Renewed for a Second Season at Netflix