Home World As the Brexit clock ticks, Europe is still in the dark about... 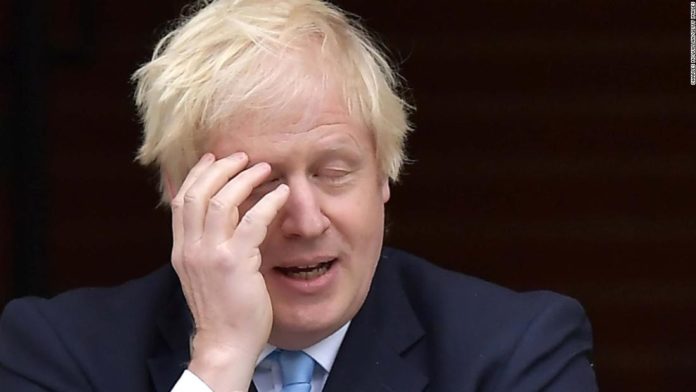 Those talks — rather than full-on negotiations, as EU officials often point out — will resume on Wednesday, but hopes are not high for any agreements, especially as several hours of discourse last week yielded few results.
With 51 days to go until the UK’s departure from the bloc on October 31, EU sources say they remain in the dark about what Britain really wants and what its Prime Minister — having lost his majority — would even be able to secure from his own Parliament.
“We believe Boris Johnson wants a deal,” a senior EU diplomat told CNN on Tuesday. “We just don’t know what type of deal.”
The diplomat said they had had verbal indications recently from the UK’s negotiating team that it may seek a slimmed down version of the EU’s trade deal with Canada, but had not yet seen anything in writing to suggest as much.
“If anything, from the conversations we have had with British negotiators recently, Britain is looking for a deal that is less encompassing than the one the EU has with Canada,” the diplomat added.
“But it’s hard to know because people here (in Brussels) have not seen any proposals, let alone concrete ones.”

Meanwhile, the suggestion of an “all Ireland” deal that would put the customs border in the Irish Sea hasn’t been something they have seen solid evidence of either, and cannot be considered a fall-back option, they said.
All this has left some suggesting Brexit may not happen at all.
At a press conference to unveil the EU’s new lineup of commissioners on Tuesday, the incoming Commission President Ursula von der Leyen said: “We are still in a difficult process. Brexit — should it happen — is not the end of something but it is the beginning of our future relationship and I want this relationship as it has been in the past (…) to be a good relationship.”
That future relationship is what the UK is trying to shape before it closes the book on its past one, much to the EU’s annoyance. Hence the deadlock.
Someone who will have a big role in steering that future, at least in terms of trade, will be a man from the country whose land border with the UK is the source of that deadlock: Ireland.
Phil Hogan, a former agriculture commissioner, is described as “vociferous on Brexit” by the Irish Taoiseach Leo Varadkar, who said he was sure he would continue to be so in his new role.
In the meantime, von der Leyen confirmed the commission has asked its chief Brexit negotiator Michel Barnier to stay on in his role.
The UK has no seat at the table, having not fielded commission candidates of its own.
All this points towards the logic of another extension beyond the next Brexit deadline on October 31. But EU sources stress they have to be asked for one first, in order to consider it — something Johnson has said he’d rather be “dead in a ditch” than do.
As von der Leyen told the media: “The next steps are completely in the hands and the decision of the United Kingdom.”
Where those steps will take either side, for now, remains unclear.