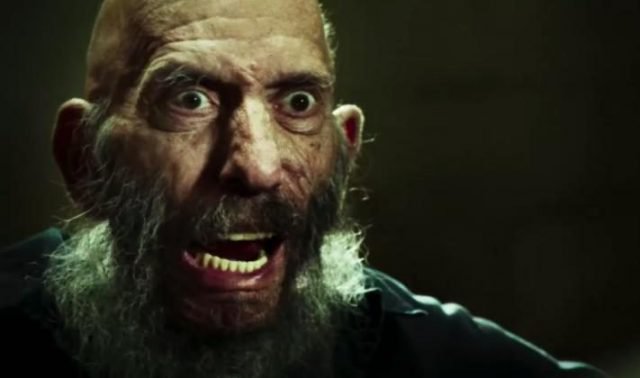 A brand new clip for Lionsgate and Saban Films’ upcoming horror threequel 3 From Hell has been released (via Screen Rant), giving the spotlight to Sid Haig’s Captain Spaulding as he gets interviewed while serving time on death row. The film is set to arrive in 900 select theaters on September 16, 17, and 18. Check out the video below!

3 From Hell will complete the trilogy of the Firefly family, which started by House of 1,000 Corpses in 2003 and continued with The Devil’s Rejects in 2005. Sheri Moon reprises the role of Baby, Bill Moseley is back in his role as Otis Driftwood and Sid Haig is returning as the iconic Captain Spaulding. Jeff Daniel Phillips will play Warden Virgil Dallas Harper. Along with the promise of bizarre cameos, the eclectic cast will include legends like Danny Trejo (Machete), Clint Howard (Solo: A Star Wars Story), Richard Brake (Batman Begins), Dee Wallace (The Howling) and Austin Stoker (Assault on Precinct 13).

The notorious triller of killers went down in a blaze of glory at the end of the previous movie, ending plans for a continuing series at Lionsgate, which was eager in the mid-2000s for more horror franchises. It’ll be interesting to see how Zombie and company will bring these characters back into the fold almost 15 years later.

The Devil’s Rejects grossed $17 million on a $7 million dollar budget and was a tremendous success when it came out on DVD. House of 1000 Corpses grossed $12 million in 2003 after being first produced way back in 2000 for Universal, then shelved for three years.