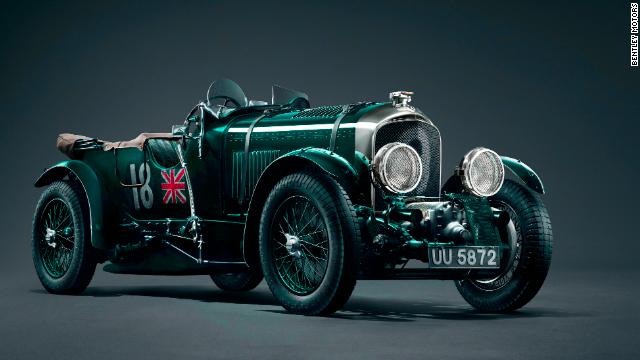 Bentley is truly making them the old fashioned way. In fact, a dozen people will be able to buy a brand new, freshly built 1929 “Blower” Bentley.

The 12 cars, built by Bentley’s Mulliner customization division, will be copies of four original supercharged Bentley race cars from the 1920s.

The original cars were modified by Sir Tim Birkin, one of the renowned “Bentley Boys” racing drivers of the 1920s. The cars are commonly known as “Blower” Bentleys because “blower” is a slang term for a supercharger, a mechanical device that increases power by pumping air into the engine. Those four original race cars, which have 240 horsepower 16-cylinder engines, are considered the most valuable Bentleys in the world today.

To make the new copies, Bentley will completely disassemble the one original “Blower” Bentley the company still owns and digitally scan all the parts so exact copies can be made. New tools and manufacturing techniques, as well as original 1920s-era tools, will be used to make new parts. It will take Bentley about two years to build the cars, the company said. Prices will be negotiated individually with buyers but will, presumably, be very, very high.