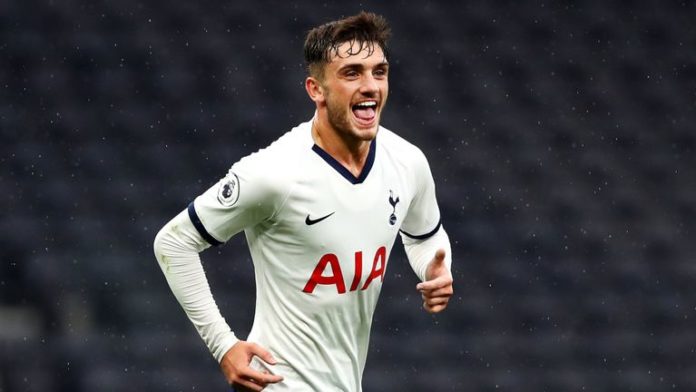 Tottenham striker Troy Parrott impressed yet again for Republic of Ireland U21s but Mick McCarthy admits he will need to play first-team football for Spurs to force his way into the country’s senior side.

Parrott scored the winner for Ireland U21s on his debut on Friday, before coming off the bench to score twice in a 3-1 win against Sweden on Tuesday night.

The 17-year-old was an essential part of Tottenham’s pre-season tour, featuring against Real Madrid, Juventus and Bayern Munich and is now Spurs’ second recognised striker behind Harry Kane.

However, McCarthy insists Parrott needs Tottenham first-team action before he can be selected for Ireland’s senior side, saying: “Get in the first team.

“You do realise that the U21s and the U23s where he’s playing is far-removed from where we are playing, don’t you? There’s a huge difference.

“If I think he’s right, I’ll take him. We’ll try and get him watched. It’s interesting – if he hadn’t come on and scored his goals, I wonder what would the questions be had he not come on, because Stephen’s not played him?

“If somebody makes you a substitute and you come on a do that, deliver that kind of performance, that’s what it’s all about. He’s a good kid and I am excited by him.”

Although Parrott has not appeared for Spurs in the Premier League yet this season, he is in line to make his competitive debut in the Carabao Cup against Colchester United in September.

The youngster is also set to progress at national level with his current U21s manager Stephen Kenny stepping up to manage the senior side following their Euro 2020 campaign, which McCarthy says should allow a natural progression from youth level.

McCarthy said: “You’re all talking about them coming through into the first team. When he [Kenny] gets the job – and it won’t be that long now – he’ll be perfectly placed.

“In the meantime, it’s me that’s come in and could have taken the backlash had we drawn in Gibraltar or lost in Gibraltar, and that’s protected him from that.

“Hopefully we qualify, get to the Euros and it will be seen as a really good decision to have done what we did.”