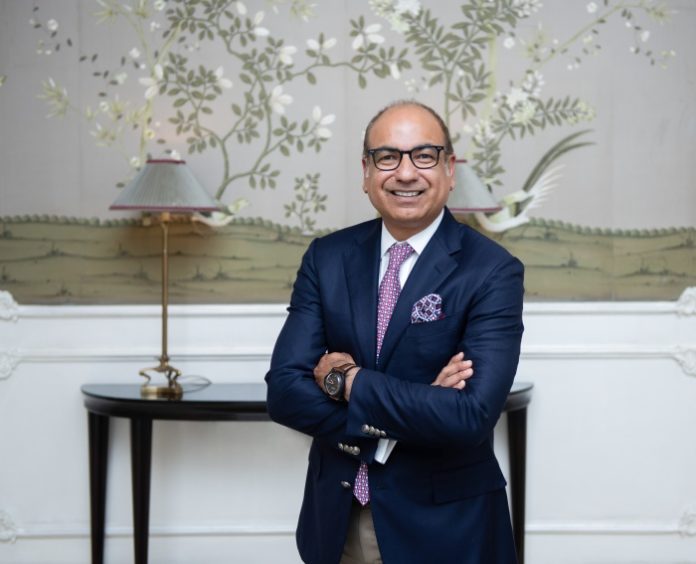 The experienced hotelier has been in the hospitality industry for more than 28 years, 15 of which he has spent with Four Seasons Hotels & Resorts.

His journey with the company started with food and beverage at the brand’s flagship property in Toronto, before moving on to Four Seasons Whistler, delivering impeccable service standards at North Americas leading ski resort.

In 2008, Suri moved to the Middle East, leading the food and beverage service at the Four Seasons Hotel Damascus, where he infused his rich experience and delivered great service, taking in the Arabian hospitality and culture.

From 2011 to 2014 he took over as the resort manager at Four Seasons Resort Seychelles and chaired a unique marine environmental education initiative for coral propagation and beach profiling and following that, helped bring the Four Seasons Bahrain to life.

Before moving to Baku, Azerbaijan, Suri was the resort manager at Four Seasons Resort Dubai at Jumeirah Beach.

“I have always believed that a hotel is a like a watch.

“When you open the watch from the back there are many small parts working together tirelessly to show the time.

“I think that no one person is more important than the other, we all work together and do our part to ensure that guests get the best all the time,” said Suri.

Suri will replace Ricardo Acevedo, who has led Four Seasons Hotel Baku for the past four and a half year.

In his free time Suri loves watching cricket and cooking.

Straddling the Middle East, Europe and Asia, the enigmatic capital of Azerbaijan sits on the coast of the opal-blue waters of the Caspian Sea, with the Caucasus Mountains to the west.

Four Seasons’ beaux-arts–style hotel is perched along the waterfront in the heart of central Baku, with the medieval walls of the inner city just steps away and a trio of flame-shaped, modern skyscrapers flickering nearby.

Four Seasons Hotel Baku was recognised as the Azerbaijan’s Leading Hotel by voters at the World Travel Awards earlier this year.