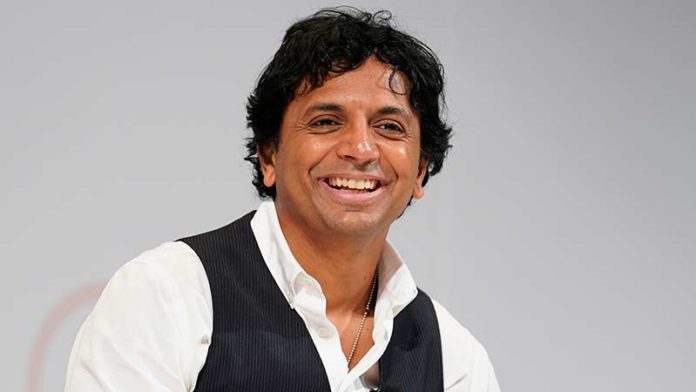 Filmmaker M. Night Shyamalan has set up two new original thrillers at Universal Pictures that will be released in theaters on February 26, 2021, and February 17, 2023, the studio has announced.

Universal Pictures president Peter Cramer said: “M. Night Shyamalan continues to create exciting, highly original stories that keep global audiences on the edge of their seats. There is no one like him: he is a master filmmaker working at the height of his powers, and we are honored that he has once again chosen Universal to be the home for his next two incredible projects.”

Shyamalan and Universal previously collaborated on Glass, Split, and The Visit. It is not yet known which films Shyamlan’s upcoming projects will open up against in theaters on those release dates.

“There are wonderful studios out there, but Universal has made it a mandate to release original films. They are the best at finding an audience for new stories with unexpected tones. I believe original films are crucial to the longevity of the theatrical experience,” said Shyamalan.

Shyamalan’s high-concept content has consistently captured the attention of audiences around the world for nearly two decades, having amassed more than $3.3 billion worldwide. His most recent Universal project, Glass, the culmination of his Eastrail 177 Trilogy, garnered nearly $250 million worldwide and opened No. 1 at the box office, remaining in the top spot for three weeks. Split, the second film in the epic series, also debuted at No. 1 and remained there for three weeks in a row during its 2017 release, while 2015’s The Visit brought in close to $100 million at the worldwide box office and was one of the highest-grossing horror films of the year. Having independently financed the three films with a combined production budget of $35 million, Glass, Split and The Visit went on to cumulatively gross more than $600 million worldwide. He will similarly finance his next two films.

Shyamalan is awaiting release on Servant, a new 10-episode, half-hour psychological thriller series that will debut on AppleTV+. In addition to executive producing the series, Shyamalan directed two episodes, including the pilot.