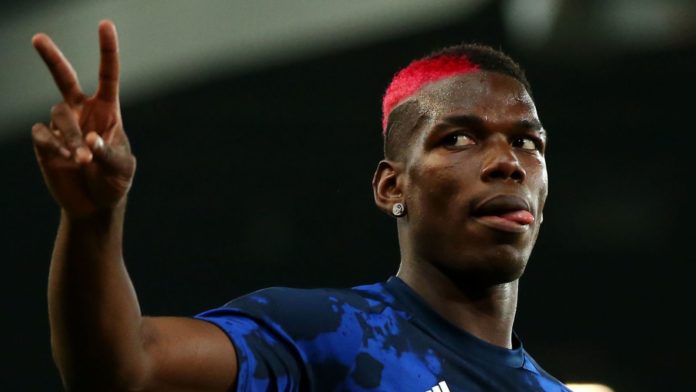 Paul Pogba and Marcus Rashford both start for Manchester United in their Premier League clash with Arsenal on Monday Night Football.

The pair have overcome injury concerns to hand Ole Gunnar Solskjaer a boost, however, United will be without Aaron Wan-Bissaka.

Axel Tuanzebe comes into the starting line-up and is joined by Jesse Lingard, Andreas Pereira, Scott McTominay and Daniel James.

Sokratis Papastathopoulos partners David Luiz at the heart of Arsenal’s defence with Rob Holding on the bench, while Kieran Tierney and Mesut Ozil aren’t in the Gunners’ squad for the trip to Old Trafford.

Manchester United vs Arsenal is live on Monday Night Football on Sky Sports Premier League with kick-off at 8pm.

Jamie Carragher and Roy Keane join David Jones in the MNF studio, while Gary Neville is on commentary duty with Martin Tyler.

How to watch Premier League highlights

This season you can watch Premier League highlights just after the full-time whistle for free and without being a Sky Sports subscriber.

We’ll bring you highlights of every Premier League game on the Sky Sports website and app at full-time or from 5.15pm on Saturday afternoons.

How to watch Premier League highlights on Sky Sports Digital

Anybody in the UK can watch highlights for free on the Sky Sports app or the Score Centre app on your iPhone or Android:

To watch the highlights on the Sky Sports App, download the app: