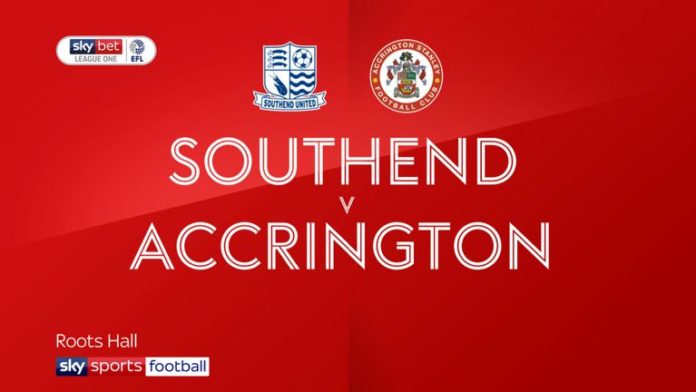 Southend chairman Ron Martin has revealed he will fly to Sweden on Tuesday to meet with Henrik Larsson over the club’s vacant managerial position.

The former Celtic and Manchester United forward watched the Blues lose 1-0 at home to Accrington in Sky Bet League One on Saturday.

Larsson is not the only candidate to replace Kevin Bond – who resigned on September 6 – with current caretaker Gary Waddock still in Martin’s plans.

“We know the qualities within the manager that we are looking for but the combination of those characteristics or persons are not always available and it’s right we carry out, as we are, proper due diligence in arriving at the right choice,” Martin said.

“Henrik Larsson is obviously one of the individuals that we have been interviewing but he is not the only candidate and no decision has been made as I write this statement.

“I am going to Stockholm in the morning, back in the afternoon, to meet potential ‘back room staff’ but that’s it, gathering information. There are five shortlisted candidates and Gary Waddock is certainly included.

“It’s sometimes difficult for the assistant to step into the shoes of the manager but in this instance Gary has had very considerable experience and he is well-placed to stamp his authority.”

Bond took over from the sacked Chris Powell at the start of April and kept Southend up, but failed to win a single game in League One this season and walked away at the beginning of September.

Waddock led the Blues to an opening league victory of the term at MK Dons, but may still miss out on the job to Larsson, who was most recently manager of Helsingborg in Sweden.

“It’s my wish to get through this process this week but I have to be clear that in making that decision I have more than one eye on the future in my aspirations for our club,” Martin added.

“This has been a factor as to why I have looked further afield than some of the merry-go-round of English managers.

“I just want to assure supporters of the club that we are absolutely ‘on it’ and recognise the sooner we can galvanise the players, through stability, then the better off we will be and I am confident that results will improve.”