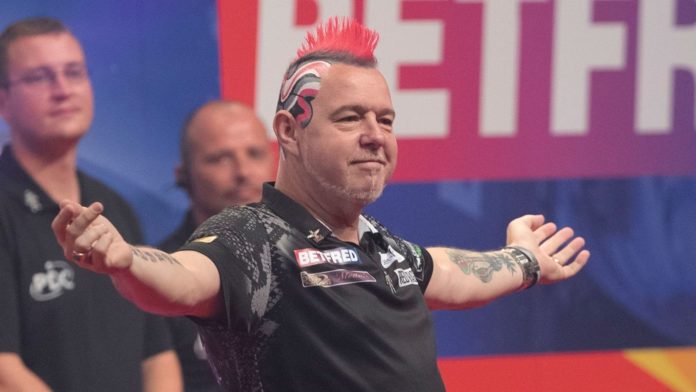 After a three-week break, the podcast team are back to recap a busy few weeks of action on both the Pro and European Tours but the focus is on the forthcoming World Grand Prix.

A host of guests join Michael Bridge, Colin Lloyd and Paul Prenderville on the phone to looks ahead to the action in Dublin, which is live on Sky Sports, and reflect on the season so far.

Don’t forget to download, subscribe and rate from wherever you get your podcasts – here’s what in store in the latest episode…

Wayne Mardle – Hawaii 501 himself is on the line for a long overdue catch-up and he gives us his take on the hottest rumour of the moment – a seniors tour! Could we see Mardle back on the board? The Sky Sports commentator also feels it’s time for a little more set play action.

Peter Wright – It’s been a case of near misses for Snakebite in the majors, last year’s runner-up in Dublin feels he is in good enough shape to add to his solitary major and looks ahead for the all-important final months of the season.

Colin Lloyd – Our two-time major champion is on hand to give us his take on the recent winners on Tour and feels we could be about to see more from Krzysztof Ratajski, and feels the regular season would benefit from a little more variety.

Prediction Time – The team make their predictions for the Grand Slam and there’s only one of the team plumping for the world no 1 and defending champion.

Peter Manley – Bridgey caught up with ‘One Dart’ at a recent exhibition and dropped a hint that a return to Q-School could be on the cards, fancies a go at a seniors tour and talks about his role as the PDPA chairman.

It’s Not Darts But… Our host keeps it simple this week with the question for everyone, including Snakebite and Hawaii 501 – pineapple on pizza, yes or no?

Jamie Hughes – After an impressive debut year Hughes is in honest mood to talk about returning to work to improve his focus on the oche and relish the prospect of a possible shock against MvG in Dublin.