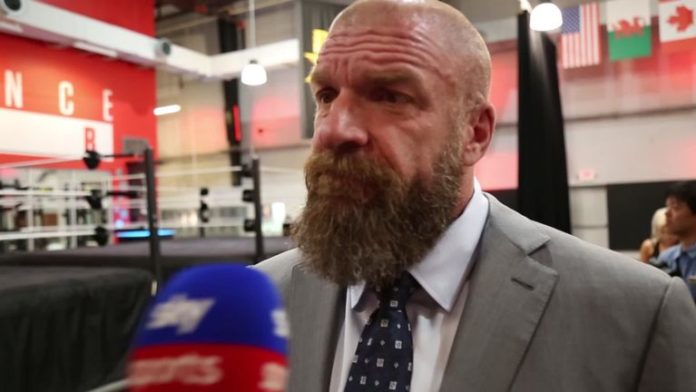 Triple H has hinted that WWE could be prepared to re-sign CM Punk and that ‘the past is the past’.

Punk has not featured for WWE since his somewhat controversial exit in 2014 and he remains one of the biggest unsigned stars in wrestling today.

There has been some speculation that Punk – whose post-WWE career has included two losses in UFC – could be due to return as part of the company’s overhaul of their SmackDown television show.

Starting on Friday, SmackDown will air on Friday nights on Sky Sports and legendary figures The Rock and Stone Cold Steve Austin are scheduled to appear at the launch show.

CM Punk may not be joining them this week, but Triple H says that situation could change if there is a willingness by both parties to work together again.

“You never say never in WWE,” Triple H told Sky Sports in an exclusive interview at the NXT Performance Center in Orlando.

“Any time anybody goes ‘that’ll never happen’, sooner or later it ends up being wrong maybe. The desire has to be there on both sides. I don’t know if it is on his (Punk’s), and I don’t know where we would be if that desire was brought up to us.

“The past is the past, you move on and everybody puts things behind them. If there is an opportunity to do business, Vince (McMahon) has said it a million times, we’re open for business.”