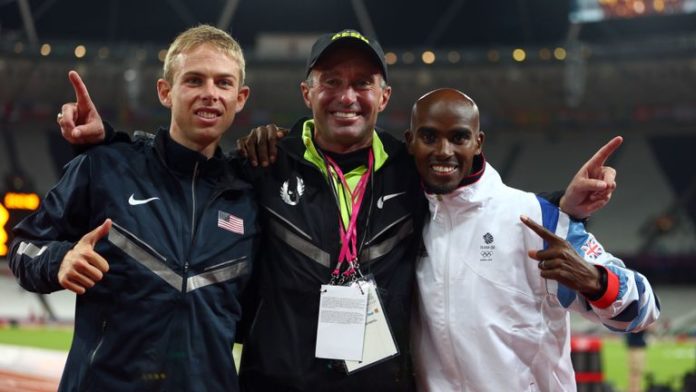 Salazar denies any wrongdoing and vows to appeal against ban

Salazar was found guilty of doping violations earlier this week and banned for four years after a four-year investigation by the US Anti-Doping Agency (USADA).

USADA said Salazar was punished for “orchestrating and facilitating prohibited doping conduct” as head coach of the Nike Oregon Project, a camp designed primarily to develop US endurance athletes.

But USADA did not sanction any athletes who might have been the recipients of this prohibited doping conduct, even inadvertently, and Bach said the affair “raised serious concerns”.

“We will follow up on questions that remain open,” IOC president Thomas Bach said on Thursday. “The IOC will write a letter to WADA in this respect.”

“Does the report address the whole period of the existence of this project or only part of it? Could there be any Olympic results affected directly or indirectly?”

Salazar has denied any wrongdoing and vowed to appeal against the ban. Dr Jeffrey Brown, a Nike-paid endocrinologist who treated many of Salazar’s athletes, was also banned for four years.

Farah, who has never failed a drugs test and has always strongly denied breaking any rules, split with Salazar in 2017 and said he had no tolerance for anyone who broke the rules in a statement on Tuesday.

The double Olympic champion at both 5,000 and 10,000m said at the time of his decision to part ways with Salazar that the doping investigation was not behind his decision.

Nike, which sponsors many high-profile runners, is standing by Salazar.

Former 1500m world champion Jenny Simpson said the 61-year-old should have been banned for longer.

Coronavirus incubation could be longer than 14 days; global infection numbers...

Book World: Why astrologers were the original data scientists