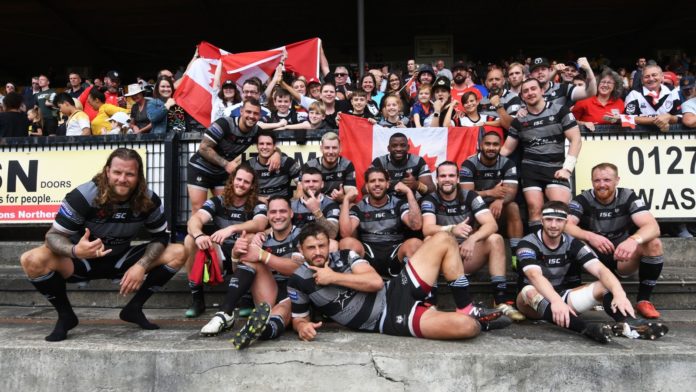 Watch Toronto vs Featherstone on Saturday in the Million Pound Game. Coverage begins on Sky Sports Arena at 7pm and Sky Sports Main Event from 7:30pm

Toronto Wolfpack will be free to play in Super League next season if they beat Featherstone in Saturday’s Million Pound Game, the RFL has confirmed.

The Wolfpack finished 12 points clear at the top of the Championship and won their opening play-off to go straight through to the Grand Final.

They were informed they still needed to demonstrate they meet minimum standards for Super League and after completing due diligence, Super League has received confirmation from the RFL that Toronto are able to compete.

A statement said: “Betfred Super League wishes to confirm its position on the potential promotion of Toronto Wolfpack or Featherstone Rovers ahead of Saturday’s Betfred Championship Grand Final.

“The winners of the Million Pound Game will be welcomed into Betfred Super League, as approved by the governing body, the RFL.

“Promotion is sanctioned by the RFL, who have confirmed that both clubs have met all the relevant criteria.”

Featherstone had already been told they meet the minimum standards and will take part in Super League for the first time if they are successful at the Lamport Stadium.

The news will come as some relief to Toronto, although chairman and acting chief executive Bob Hunter says he was always confident of a positive outcome.

“We’re very excited but we’ve got to win the game, that’s the most important thing.”

If Toronto do go up, Elstone has made it clear they will not take the central distribution money they are entitled to.

Stephen Owen keeps us updated from Toronto ahead of the 2019 Million Pound Game between the Wolfpack and Featherstone Rovers.

That will be instead be split between the other 11 clubs, with Super League keeping some to assist with their management of the league.

Meanwhile, Hunter says the club are expecting a record crowd in excess of 10,000 for Saturday’s game and admits they may have to turn people away.

“It will be our biggest crowd, without a doubt, and we’re just trying to see how many others we may be able to fit in with standing room,” he said.