Home Sport McCoy to start under centre against Patriots 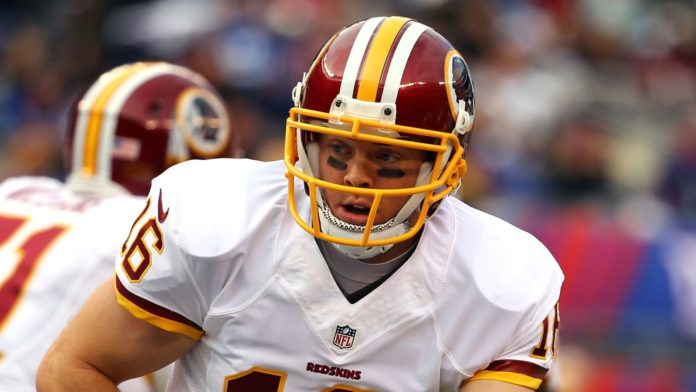 Washington Redskins quarterback Colt McCoy will be under centre for the start of the game against the New England Patriots, coach Jay Gruden has announced.

McCoy will be making his season debut in Sunday’s home game after working his way back from multiple surgeries to repair a fractured right fibula suffered last December.

The 33-year-old is getting the nod over Case Keenum and rookie Dwayne Haskins against the undefeated Patriots.

“Well, it’s his job to lose. That’s for sure,” Gruden said when asked if McCoy would have started the season if healthy.

“You could see he wasn’t quite healthy in training camp and that’s why we sat him, make him get well, get that strength back and the confidence back in his leg.”

The 10-year veteran has thrown for 5,958 yards with 29 touchdowns and 26 interceptions in 38 career games with the Cleveland Browns, San Francisco 49ers and Redskins.