Home Sport Dickens through on points 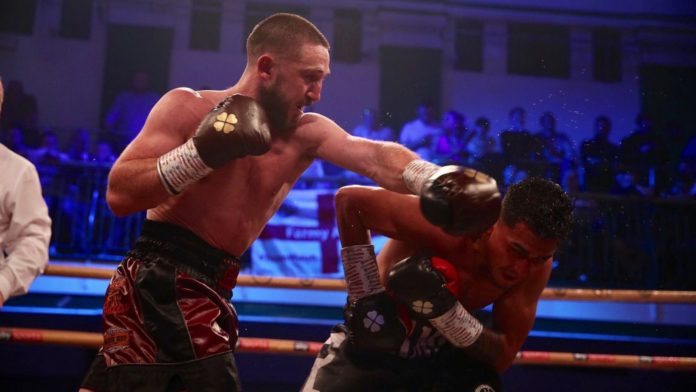 Dickens produced a composed performance to follow Tyrone McCullagh into the semi-finals of the eight-man tournament with a 97-92 99-91 97-92 decision.

Ramos stalked Dickens from the opening round, landing heavy punches to the head and body to leave the home fighter with a red face.

Dickens responded by taking the centre of the ring in the second and landed a looping left to force the Spaniard backwards before a slip saw Ramos touch the canvas.

The Liverpudlian took control of the third behind a stiff jab and whipped in hooks around his opponent’s high guard before dropping his man in the fourth with a combination.

Dickens bossed the middle rounds with his movement and accurate punching, forcing Ramos into a defensive shell.

Ramos planted his feet in the 10th and attempted to find fight-ending punch, but Dickens kept his composure to secure victory via a unanimous verdict from the ringside judges.

Watch Gennadiy Golovkin against Sergiy Derevyanchenko in the early hours of Sunday morning, from 2am on Sky Sports Action.