Home Sport Lloris ruled out for Spurs until 2020 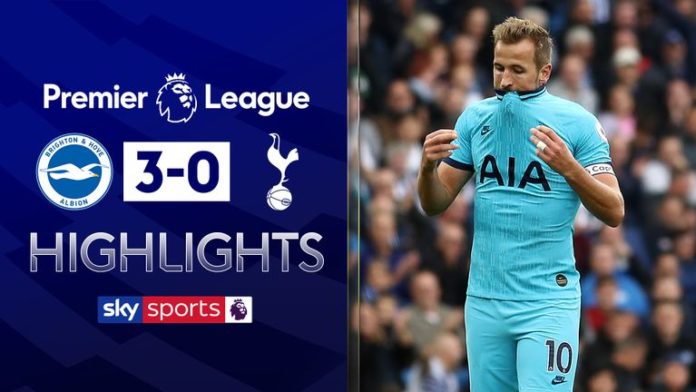 Tottenham captain Hugo Lloris will not need surgery but has been ruled out until January at the earliest with a dislocated elbow sustained in Saturday’s defeat at Brighton.

The World Cup-winning goalkeeper fell awkwardly early in the game after failing to collect a cross as Spurs suffered a 3-0 reverse.

Spurs confirmed the injury later that evening but had not put a timescale on a possible return.

However, following more tests, it was confirmed the 32-year-old is expected to miss the remainder of the calendar year.

“Hugo Lloris has undergone further assessment this morning after sustaining a dislocated elbow in our match against Brighton on Saturday,” Tottenham said in a statement on Monday afternoon.

“The findings have shown that although surgery will not be required, our club captain has suffered ligament damage and is not expected to return to training before the end of 2019.

“Hugo is currently in a brace and will now undergo a period of rest and rehabilitation under the supervision of our medical staff at Hotspur Way.”

Lloris, who is France captain, would have joined up with the national squad for the upcoming Euro 2020 qualifiers against Iceland and Turkey but now misses out.

“He has had tests. It is difficult to say how long he will be out, I am not a medical specialist,” Deschamps told a press conference.

“As far as we [France] are concerned, he obviously will not be with us for this camp, nor the next one.

“Processes will be put in place for his rehabilitation. We are talking several weeks, indeed several months.

Westworld Season 3: A Hidden Trailer Discovered Within the Incite Website