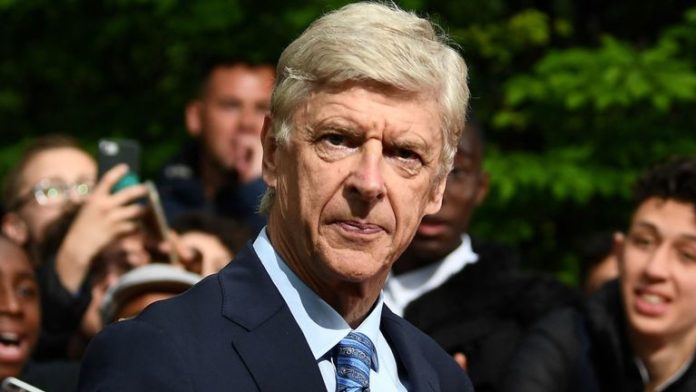 Arsene Wenger says he has turned down offers to manage in the Premier League because he is “too linked” to Arsenal.

The Frenchman, who turns 70 this month, left his role as manager of the Gunners in May 2018 after 22 years at the club.

He is yet to decide on his next move, but told Sky Sports News it could have been back in England.

“I’m an Arsenal man and after that I’m a professional. I can’t stop working,” said Wenger.

“I decided to move out of the Premier League because I am too linked with Arsenal. I had opportunities to work in England but I turned them down.

“I don’t want to tell you [which clubs] because there are people in charge and it would unfair to them.”

Wenger guided Arsenal into the top four of the Premier League – and therefore the Champions League – for 20 consecutive seasons, but his reign at the Emirates ended after the Gunners finished fifth and then sixth in his final two seasons in charge.

Wenger was keen to defend his record, saying: “I know it is normal that people always want more. We won a lot and we built the [Emirates] stadium.

“It’s difficult to explain today the circumstances in which we built the stadium because the turnovers today have been multiplied by five.

“When we decided to build the stadium, we had a turnover of £90m and the stadium was £430m. Then the pressure is really there and I think to come out of that period in a very healthy situation was a little bit of a miracle.”

Wenger’s next move could see him leave management and accept a role with FIFA, and he says he will decide whether to accept the job in the near future.

“It’s chief of football development in the world and that decision will be made very soon,” he said. “They look for people who have big experience and knowledge of the game who have learned a lot.”

Wenger was speaking ahead of the Nordoff Robbins Legends of Football gala dinner, where he was the recipient of this year’s award.

To register your interest in next year’s Legends of Football event, please visit www.lofootball.co.uk.