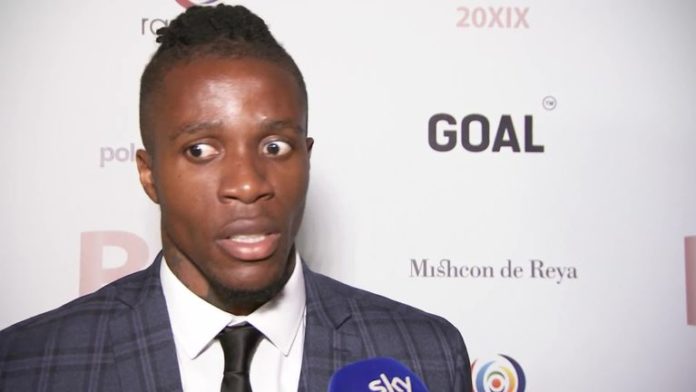 Wilfried Zaha says Crystal Palace’s last-gasp win against West Ham was in large part down to the excellent team spirit at Selhurst Park.

Zaha said last month that every Crystal Palace player that takes to the pitch “needs to pull their weight”, and the Eagles certainly did that at the London Stadium, with Jordan Ayew’s 87th-minute winner ending West Ham’s six-match unbeaten league run.

Victory in the London derby saw Palace leapfrog West Ham, with Roy Hodgson’s side sixth in the table heading into the international break.

“We’ve got a great team ethic really. We’re all really good mates and we work hard for each other,” Zaha told Sky Sports News.

“The win against West Ham just shows how much character the team has. Obviously, every game is not going to be as smooth as you want it to be but sometimes you have got to dig deep.

“That game just showed that we can dig deep and get the wins that we need.”

Zaha was speaking at the Best of Africa Awards in central London where he was recognised for his philanthropic endeavour.

But the 26-year-old – who donates 10 per cent of his salary to charities in the Ivory Coast in addition to supporting a range of initiatives aimed at helping young Africans – was incredibly modest about the contribution he makes to the well-being of youngsters in his homeland.

“I’m a normal guy. I just come from a normal background,” he said.

“I just try to show people that you can come from any background and still be an influence on this world as long as you believe in yourself and believe in what you are doing.

“Really that’s who I am. I’m just a normal guy just following his dream.”