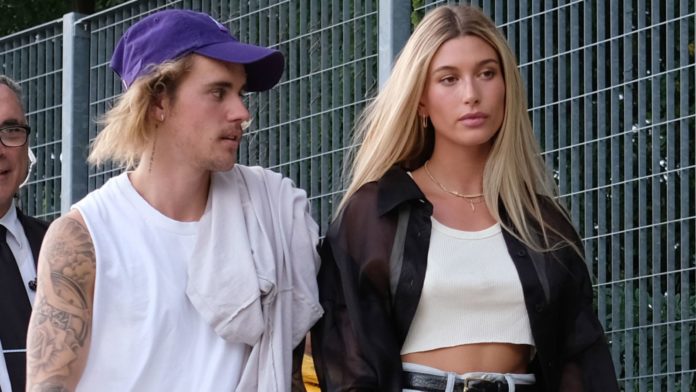 Hailey Bieber has revealed the first full pictures of her wedding dress after saying “I do” for the second time.

The model married singer Justin Bieber in a lavish ceremony in South Carolina at the end of September, following their low-key and private first wedding in 2018.

While Justin released images from the big day shortly afterwards, Hailey has now shown her “dream” dress to her 22.4 million followers in a series of posts on Instagram.

“Last Monday was the most special day of my life,” she said, alongside a picture of the couple kissing, with Hailey wearing her dress and a train bearing the words, “Till death do us part”.

Hailey wore several dresses at the celebrations; this one was designed by Off-White founder and Louis Vuitton Menswear artistic director Virgil Abloh.

In another post, she said: “@virgilabloh thank you for making my vision come to life and creating my dream dress. You and your @off____white team are incredible and I’m forever grateful I got to wear your beautiful creation.”

More than 150 family and friends turned out to attend the couple’s religious ceremony in South Carolina on 30 September, according to US media reports.

Celebrities including Kendall Jenner and Jaden Smith were among the party-goers pictured at the nuptials, with Ed Sheeran, Kylie Jenner, Katy Perry and Usher also said to be on the guest list.

Singer Justin is one of the biggest young male solo artists in the world, best known for hits including What Do You Mean, Sorry and Love Yourself, while Hailey is a model. She recently paid tribute to Princess Diana in a photo shoot for Vogue, recreating some of her most iconic looks.

Justin has also shared some new pictures from the big day with his 119 million Instagram followers, saying: “Even thugz get married.”

Harvey Weinstein guilty on 2 counts, cleared of most serious charges

‘Taking out the trash’: Weinstein’s accusers react to guilty verdict