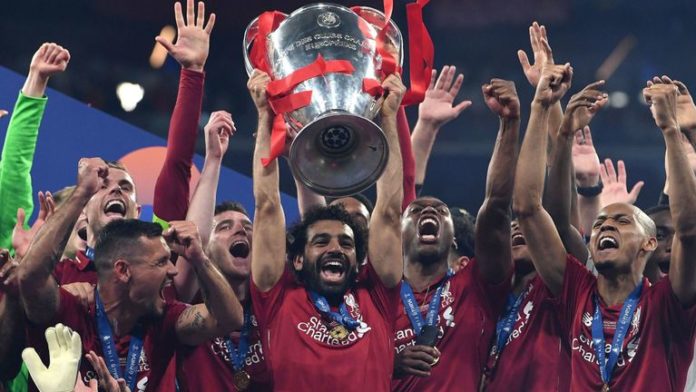 The Premier League faces losing one of its four automatic Champions League places under proposals by the European Leagues.

La Liga, Serie A and the Bundesliga would also be impacted by proposals to revert to three spots into the group stage of Europe’s top-tier club competition beyond 2024, with the fourth club to go through qualifying.

UEFA granted four automatic group berths to clubs from England, Germany, Spain and Italy in 2016 but it only came into effect at the start of last season.

“I think some of the big leagues would be fine if they are all treated in the same way,” said Lars-Christer Olsson, the president of the European Leagues, which represents the interests of 36 professional leagues across 29 countries.

“If you are giving four positions to the Premier League and taking one away from the Bundesliga then you have a problem.

“The big leagues are prepared to participate in this discussion for something new if they are treated the same.”

Olsson is also in favour of adopting a three-tier model for continental competition where qualification is based solely on domestic performance.

However, Andrea Agnelli, the president of Juventus and chairman of the European Club Association, favours a ‘pyramid’ model featuring promotion and relegation, an increase in the number of group stage matches and more qualification places being decided by continental rather than domestic performance.

Olsson believes the distribution of Champions League revenue needs to alter too, suggesting up to 25 per cent should go to clubs not participating in European competition as a solidarity payment.

“The historical co-efficient system should be taken away,” the Swede said at the Leaders Week Sport Business Summit at Twickenham.

“It should be based on quality, not historic values. These two things should be discussed in the new format. If they are good enough, they qualify.”

European Leagues and the competitions and clubs it represents are holding further meetings in London next week.

Agnelli said an overhaul of European club competition was essential not just to ensure football’s primacy but to keep it relevant in the face of competition from esports.

“We have to look at ‘Generation Z’ and we have to think that competitors of the game are esports and Fortnite. They will be competitors going forward,” he said on Tuesday.

“In this whole positive story of growth in the last decade are elements that need to make us stop and ask where sport is going and how it is behaving.