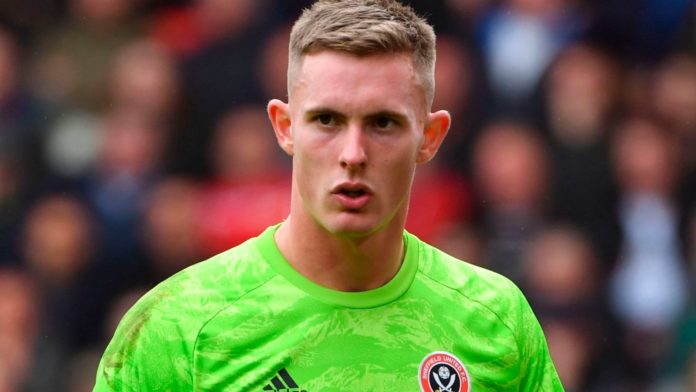 Dean Henderson has been called up to the England squad following the withdrawal of Tom Heaton through injury.

The goalkeeper, who is on loan at Sheffield United from Manchester United, will join up with Gareth Southgate’s squad at St. George’s Park on Wednesday, ahead of England’s European Qualifiers against Czech Republic and Bulgaria.

Henderson receives his first call-up to the senior squad after Heaton returned to Aston Villa for further assessment on an injury sustained during their 5-1 win against Norwich City last weekend.

“This is what dreams are made of… it’s a dream come true to receive my first England senior call up!!” said Henderson on Twitter.

Henderson, who has previously represented England from U16 through to U21 level, will be part of the 24-man squad for the trips to Czech Republic on Friday and for the match in Bulgaria next Monday.

This is what dreams are made of… it’s a dream come true to receive my first @England senior call up!! 🔜🔛🔝 pic.twitter.com/gmzUrJSvZk

The 22-year-old, who was influential in Sheffield United’s promotion to the Premier League last season, has impressed for the Blades this term.

His error gifted Liverpool a 1-0 victory at Bramall Lane last month but he responded with a series of important saves as Chris Wilder’s side earned a goalless draw at Watford – Henderson’s third clean sheet in the Premier League.

Fabian Delph withdrew from the England squad on Monday with a hamstring injury but Southgate decided against calling up a replacement midfielder.