Home World The Top 10 Science Experiments of All Time 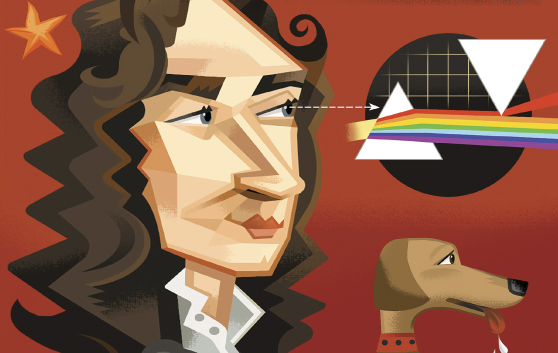 Michelson and Morley Whiff on Ether

Say “hey!” and the sound waves travel through a medium (air) to reach your listener’s ears. Ocean waves, too, move through their own medium: water. Light waves are a special case, however. In a vacuum, with all media such as air and water removed, light somehow still gets from here to there. How can that be?

The answer, according to the physics en vogue in the late 19th century, was an invisible, ubiquitous medium delightfully dubbed the “luminiferous ether.” Working together at what is now Case Western Reserve University in Ohio, Albert Michelson and Edward W. Morley set out to prove this ether’s existence. What followed is arguably the most famous failed experiment in history.

The scientists’ hypothesis was thus: As Earth orbits the sun, it constantly plows through ether, generating an ether wind. When the path of a light beam travels in the same direction as the wind, the light should move a bit faster compared with sailing against the wind.

To measure the effect, miniscule though it would have to be, Michelson had just the thing. In the early 1880s, he had invented a type of interferometer, an instrument that brings sources of light together to create an interference pattern, like when ripples on a pond intermingle. A Michelson interferometer beams light through a one-way mirror. The light splits in two, and the resulting beams travel at right angles to each other. After some distance, they reflect off mirrors back toward a central meeting point. If the light beams arrive at different times, due to some sort of unequal displacement during their journeys (say, from the ether wind), they create a distinctive interference pattern.

The researchers protected their delicate interferometer setup from vibrations by placing it atop a solid sandstone slab, floating almost friction-free in a trough of mercury and further isolated in a campus building’s basement. Michelson and Morley slowly rotated the slab, expecting to see interference patterns as the light beams synced in and out with the ether’s direction.

Instead, nothing. Light’s speed did not vary.

Neither researcher fully grasped the significance of their null result. Chalking it up to experimental error, they moved on to other projects. (Fruitfully so: In 1907, Michelson became the first American to win a Nobel Prize, for optical instrument-based investigations.) But the huge dent Michelson and Morley unintentionally kicked into ether theory set off a chain of further experimentation and theorizing that led to Albert Einstein’s 1905 breakthrough new paradigm of light, special relativity.

Lesbian couple ‘overwhelmed with anger’ after wedding venue turns them away

Spain clamps down on ‘booze tourism’

Dad kills coyote with bare hands after it attacks his child

Worried About Privacy at Home? There’s an AI for That

The Secret History of Facial Recognition

British qualifier Dart through in Melbourne